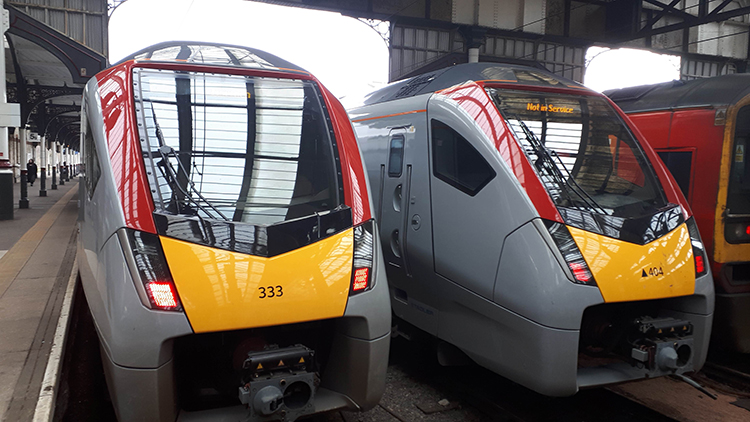 Hornby has traditionally looked at the latest trains to run on our network with a view to making models commercially-viable. The 'HST', Class 91s, 'Eurostar', 'Pendolino' and most-recently Class 800s have been quick to join its range upon release of the prototypes to traffic. It's latest range addition for 2022, the Class 755/3s and 755/4s come with little surprise then, being popular throughout Anglia, with Transport for Wales looking to secure its own units in the near future, providing the manufacturer with further liveries on this tooling.

The Fast Light Intercity and Regional Trains (FLIRT) have been used in the UK throughout East Anglia by Greater Anglia since 2019, and are an evolution of Stadler’s bi-mode concept, the origins for which date to models delivered for the Swiss Federal Railways in 2004. The first unit was delivered to the UK in November 2018, though trains would officially enter service on July 29, 2019. At present, 38 of the 100mph units are in service with the operator, with 14 three-car sets (755325-755338) and 24 four-car sets (755401-755424). 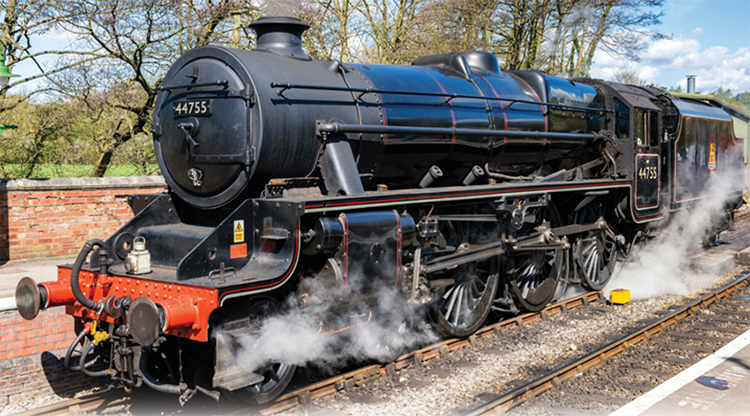 BR Stanier 5MT 'Black Five' 4-6-0 44755 with Caprotti valvegear is to be produced as a Hornby website exclusive.

It’s nearly fifty years since a 'Black Five' first entered Hornby’s range with its Silver Seal model in 1973. I bought one straight away from Argylle Models and it gave reliable service for many years. Looking back now it wasn’t the most accurate of models but its re-launched model of 2002 was a big improvement.

Twenty years later, Hornby is now revisiting the widespread maid-of-all-work to produce one of its highest specification models, making the “Ultimate Black Five” to quote Simon Kohler’s briefing. It will have new tooling throughout, including features and details not seen before on previous models, allowing for many variants including Walschaerts and Caprotti valve gear. A promise of Stephenson’s gear at a future point has been made, too. Models are expected to feature a new locomotive to tender close-coupling, flickering firebox lights, painted driver and fireman and working lamps which will utilise the 21-pin decoder socket – something long overdue from Hornby.

One of the models will feature Hornby’s new steam generator and sound; at our briefing this model showed an RRP of £249.99 which means for the £20 premium that it will be the pick of the bunch. Initial launch models will be of 5200 in LMS lined black livery, 45157 Glasgow Highlander in lined early BR crest (one of the few named), 44726 with steam generator and 44755 with Caprotti gear as a web exclusive. I'm a fan of mundane steam locomotives, more so than big green ones with fancy names, so I am pleased to see a few of the 842 locomotives built coming to the range for 2022 and delighted that it’s something prosaic which will be the brand’s new flagship model for the year.

If there's one thing Hornby has in abundance, it's history. My pick from the new announcements isn't one of the big, glamorous models, it's the R30202 collectors club locomotive – decorated in a livery to celebrate 75 years of Hornby/Tri-ang.

As you would expect, the graphic design is excellent, and picks up the classic logos that adorn so many boxes in any collection of old models. The red is just the right shade too, a little thing that will mean a lot to the collector.

The freelance 0-4-0 base model, is a direct descendant of the famous Nellie that appeared in 1960 and appeared in many different attractive liveries until 1978. This particular model started life as the clockwork 'Thomas the Tank' in 1998, but having gained an electric chassis and proper smokebox door, has been a staple of the range, in various colours, since then.

All this harks back to the golden age of train sets, when there was much less demarcation between 'toys' and 'models'. It's unashamedly fun, and aimed squarely at collectors – hence not being part of the main range. I think it will look fantastic hauling vintage rolling stock and sit nicely alongside older locomotives produced in the same spirit. 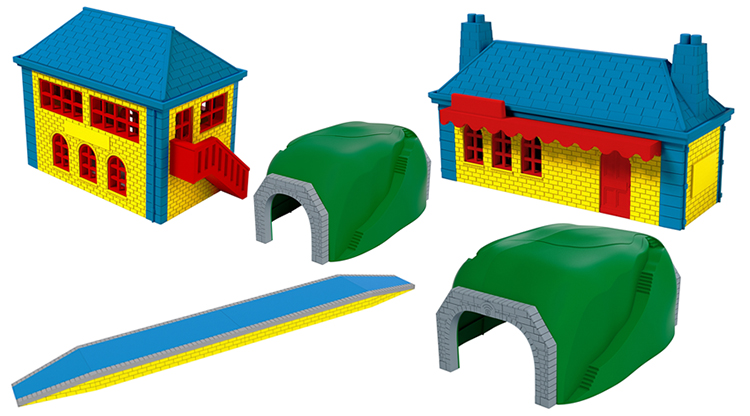 My son has Flash The Local Express Remote Controlled Battery Train Set, so any additions to the range are always going to take precedent in our house.

He is a huge fan of Flash and the set gets a lot of ‘play time’, constantly being dismantled and put back together again. However, the current cardboard station and tunnel, which comes with the set, are starting to look misshapen, the tunnel especially struggles to stay together and can cause derailments!

The news that a new plastic station building and tunnel is joining the range in July is welcomed news indeed! Not only does it mean I no longer need to tell my three-year-old to be ‘careful’ with his toy, but it will also help increase the longevity of the set. The new hopper wagon and car transporter are also great additions to the range, and the pricing is on par, too. It looks like I have his next birthday present all sorted – thanks Hornby!

Get involved in the conversation. Visit the Hornby 2022 topic on RMweb and share your thoughts.

To see the full extent of the Hornby range, including additions to its Playtrains range, visit RMweb.