Unseen old photographs of the earliest days of the world’s first heritage railway to be built by enthusiasts have turned up at the back of old cupboards on another railway, which now runs close to its original site.

The photos were taken in 1962, by a photographer called C.W. Underhill from Belper in Derbyshire, of the Lincolnshire Coast Light Railway on its original site at Humberston, south of Cleethorpes. The railway opened in August 1960 and had planned to celebrate its 60th anniversary of being a world-first at its “new” site, on which it reopened in 2009 in the Skegness Water Leisure Park, more than 40 miles to the south – but the celebrations are postponed because of the coronavirus pandemic and the line remains closed to passengers and its volunteer workforce. 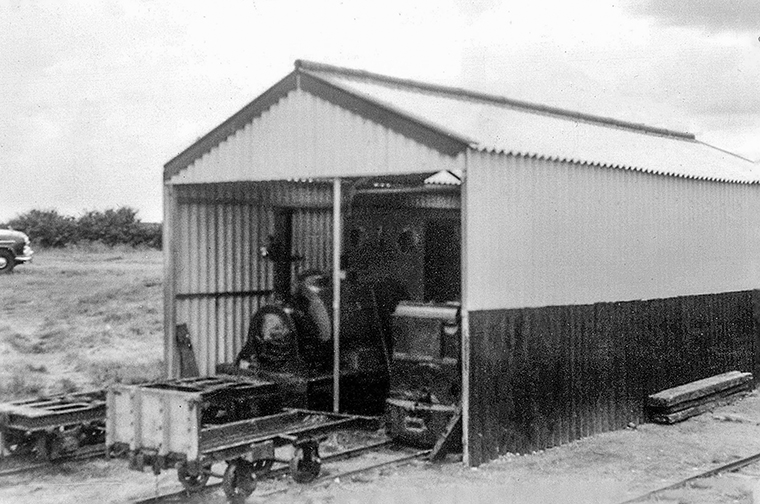 In 1961, the LCLR bought two locomotives from Rugby Portland Cement’s works at Southam in Warwickshire – the star attraction of today’s Skegness LCLR,  Peckett 0-6-0ST Jurassic of 1903 vintage (builder’s number 1008) and Lincoln-built Ruston & Hornsby 3 cylinder, 30hp diesel (works no. 168437). The diesel proved near-impossible to start and was too slow for passenger services, eventually broken up in 1968. (Picture: C.W. UNDERHILL/CCLR/LCLR)

However, back at Cleethorpes, Peter Bryant, a director of the Cleethorpes Coast Light Railway, was using time created by the need to close the line during the coronavirus lock-down to tidy up old cupboards, drawers and files and see what was at the back of them.

To his delight, he came across the old photos of the LCLR, all the more interesting as the Cleethorpes line, already a couple of miles long and now on 15in gauge track, runs close to where the original LCLR ran, from Humberston North Sea Lane to Humberston Beach. Indeed, the Cleethorpes line now has a southern terminus at a station called North Sea Lane and has ambitions to extend further towards where the original LCLR ran. 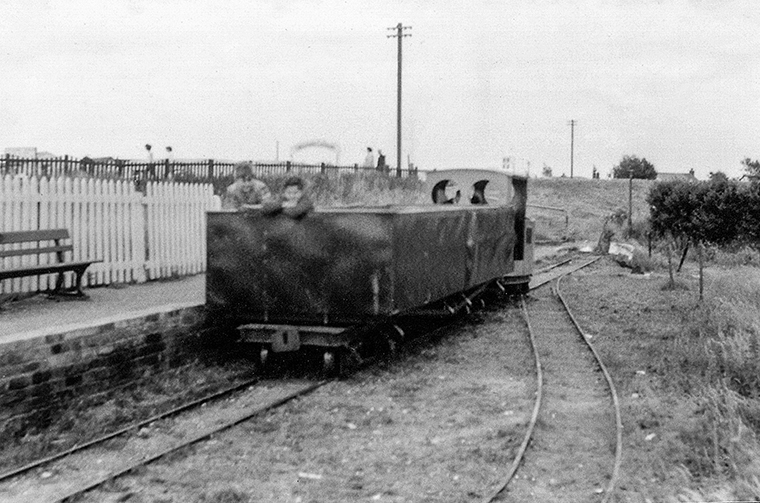 The old photos were sent to the LCLR’s volunteers at Skegness, who have now been asked if they will check their old drawers, files and cupboards for any photos of the 1950s and 1960s when the Cleethorpes Coast Light Railway was the Cleethorpes Miniature Railway, run by the erstwhile Cleethorpes Borough Council, using parallel 10¼in gauge tracks, on which ran trains pushed and pulled by model locomotives based on the designs of Britain’s two pioneering diesel electrics, (Nos. 10000 and 10001, built by the London Midland & Scottish Railway). The LCLR’s volunteers have also been sent details of a Crowd Funding appeal which the CCLR has launched, to help it meet the costs of an anticipated re-opening next month. 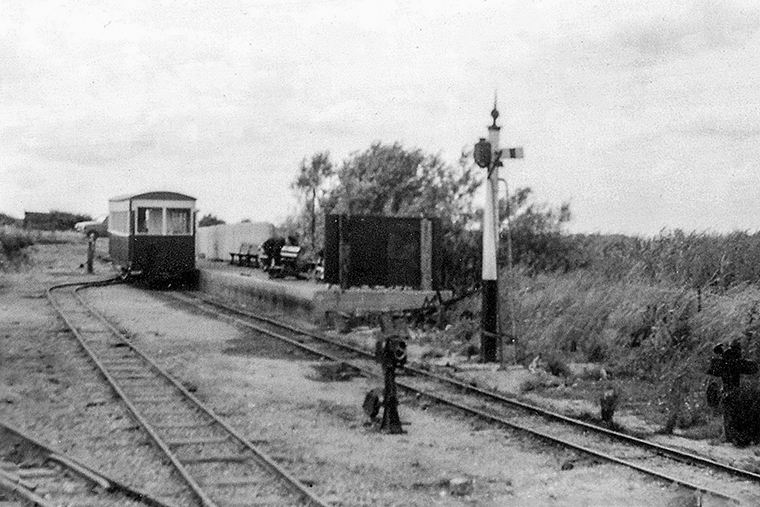 General view with signals and Ashover Coach: how the main station at North Sea Lane, Humberston looked nearly 60 years ago with one of the huge former Ashover Light Railway carriages (from the Clay Cross to Ashover line, restored after rescue the previous year from being a sports pavilion in Clay Cross), also showing some of the signals which gave the line great character. (Photo: C.W. UNDERHILL/CCLR/LCLR)

LCLR spokesman John Chappell said: “We’re hoping our older volunteers, many of whom vividly recall the original Cleethorpes miniature line, will have some never-before-seen photos of it tucked away somewhere and we can let today’s Cleethorpes line have them to help publicise their planned re-opening.

“We’re working on our own plans to reopen the Lincolnshire Coast Light Railway when we can, in line with guidance from HM Railway Inspectorate, Government regulations and the implications of being part of our site in the Skegness Water Leisure Park, with its variety of facilities.

“Some of the LCLR volunteers are working on restoration projects at home and in the meantime, all are waiting patiently for when they can get back to the site to prepare the railway for when it can reopen”.

Updates will be posted on www.lclr.co.uk

There are more historic photos of the CLR in Donal Brooks article in the June 2020 issue of Narrow Gauge World. 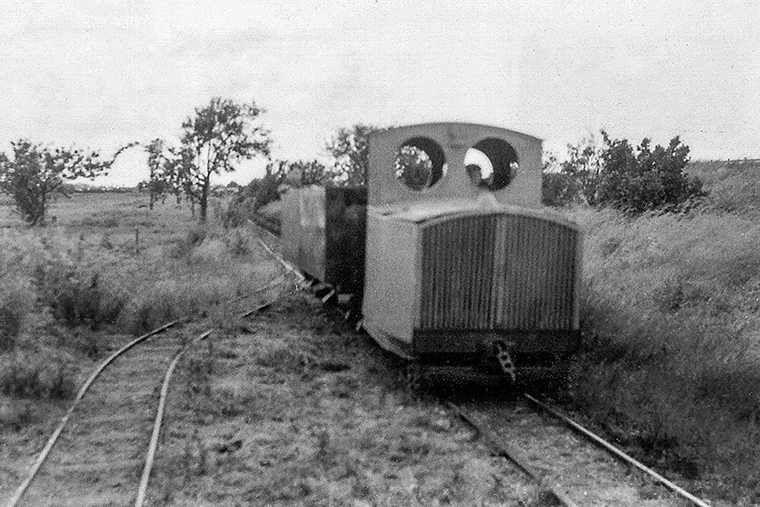 It could have been a scene on one of a Lincolnshire’s agricultural light railways a century ago – a Motor Rail ‘Simplex’ diesel (LCLR’s No. 1, Motor Rail 3991/1926) running over the point controlling the run-round loop at the approach to Humberston Beach terminus – and hardly a soul in sight. (Photo: C.W. UNDERHILL/CCLR/LCLR)