Historic Warwick Tramway model to be displayed in Warwick A OO gauge model showing part of the Leamington and Warwick tramway system has finally found a home a few feet from the prototype location modelled.

Started in 1996 by Keith Bolton, the model could easily have been lost when he passed away in 2004. Fortunately, local railway modeller, Dick Hewins took on the job of completing the scene to the high standards Keith had set.

Centred on the East Gate of Warwick, all the buildings are accurate models showing how they would have appeared in 1916. The date was chosen because of the most dramatic event in the history of the line - Car number 7 running away while the driver had left the cab and the brake was released accidentally by the conductress.

The tram careered along the line until it jumped the track, embedding itself in the Castle Arms pub. All three passengers on board needed treatment, but fortunately, no-one was killed. The tram was scrapped, but the pub is still there today, although now a cafe. 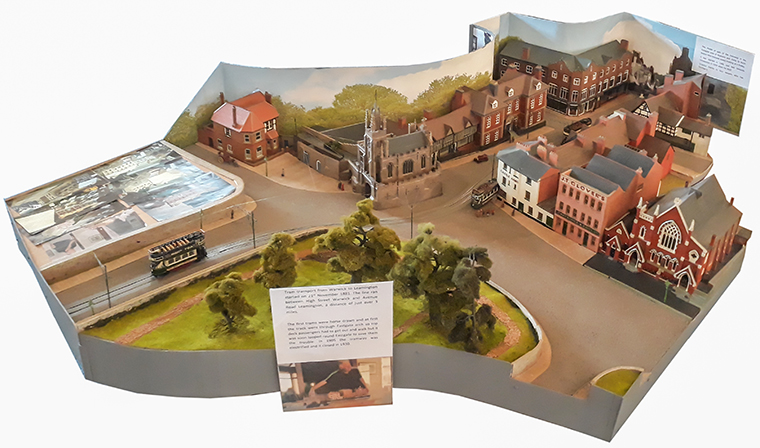 The model has now found a permanent home in the towns' visitor centre, where staff were delighted to be offered it for display.