The Severn Valley Railway has teamed up with the University of Birmingham and local start-up company, Vanguard Sustainable Transport Solutions, to work on the UK’s first conversion of a diesel locomotive to run on hydrogen power.

The Harrier HydroShunter project will see the UK’s first-ever conversion of a diesel locomotive to run on hydrogen power. Work is already underway at the Severn Valley Railway’s diesel depot at Kidderminster, where a team of young volunteers are stripping down the donor vehicle. They’re removing the existing diesel engine and generators and overhauling other components, as they prepare 08635 to receive its new power system.

Vanguard’s engineers are developing the power pack design at the University of Birmingham and will install this into the Class 08 in the coming months. Testing of the hydrogen-power shunter locomotive will take place at the Severn Valley Railway later this year. The development of such technology is predicted to have a global significance, and the teams are working towards translating this to heavy-haul applications. 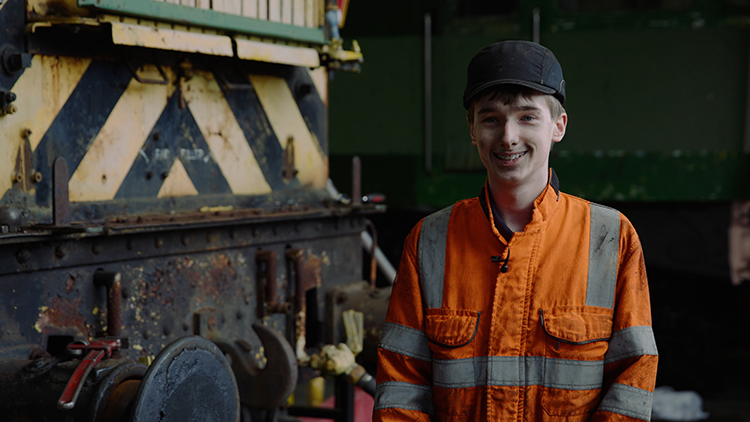 Jack Baldwin, one of the Severn Valley Railway's volunteers is working on the Harrier Hydroshunter project.

Mike Ball, the Severn Valley Railway’s vice chairman, has been closely involved with the project from its inception, “We were delighted when the University of Birmingham asked us to get involved in this project. As a heritage railway, we’re actively looking for ways to reduce our carbon footprint, and having a hydrogen-powered shunter will play a key part in that plan. The current preparation stage for the Harrier shunter is providing an excellent opportunity for some of our younger volunteers to put their skills to good use. The group working on the 08 are all still in their teens, and their ability to plan and implement this task has been nothing short of amazing. They’re the volunteers of the future, working on a locomotive for the future.” 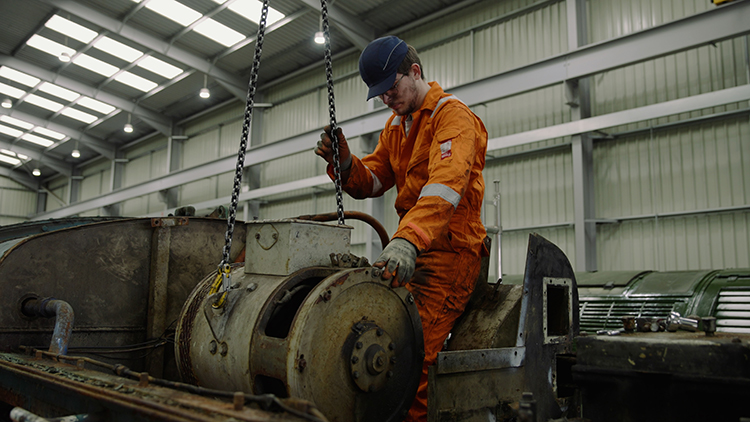 Alexander Burrows, director at the University of Birmingham’s Centre for Railway Research and Education (BCRRE), added, “Our team at the University of Birmingham are pioneering the designs and opportunities to bring hydrogen technology to the UK railway. Following the success of our HydroFLEX project with Porterbrook that delivered the UK’s first mainline approved hydrogen train, we are thrilled to be working with the Severn Valley Railway and Vanguard to roll out the Harrier HydroShunter. This is another fantastic project where BCRRE has partnered with a leading heritage railway and an innovative local start-up business to pioneer our research in a real world industrial application.”

Charles Calvert, chief engineer at Vanguard Sustainable Transport Systems, said, ”Vanguard has developed the HydroShunter to enable cost-effective retrofitting of diesel locomotives with clean, modern hydrogen-battery traction systems. The Harrier HydroShunter will provide the Severn Valley Railway with an emissions-free shunting locomotive for their operations. Using hydrogen produced from renewable electricity, the Harrier will be a clean and quiet locomotive that just happens to also be an innovation superstar at work on one of the UK’s leading heritage railways.” 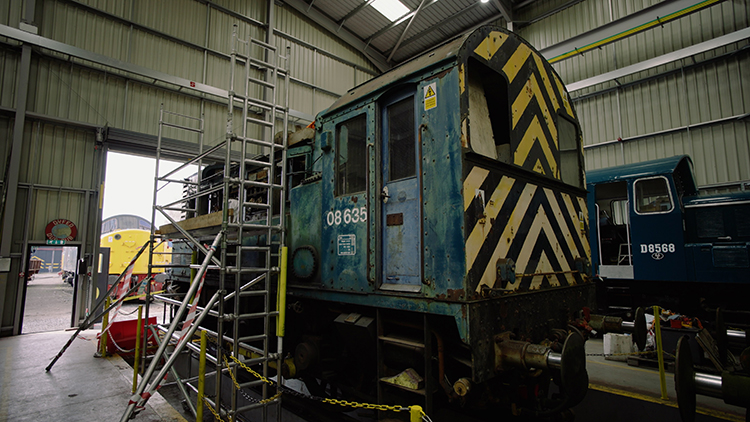 The donor locomotive for the project, 08635, which is set to have the most cutting-edge internal workings of the entire class.

Vanguard Sustainable Transport Solutions is designing the hydrogen-battery hybrid traction system. This will be made up of hydrogen cylinders, a hydrogen fuel cell stack and a hybrid battery. The cylinders will store hydrogen as a pressurised gas, which will be fed to the fuel cell stack via a regulator. In the fuel cell stack, hydrogen will be combined with oxygen from the air, to produce electricity to power the locomotive. Meanwhile, the battery will store energy to provide additional power for when it’s needed. The equipment will be mounted on a sub-frame, fitted to the existing engine mountings. It will supply the existing traction motors of the Class 08, which will keep its existing controls.

The Severn Valley Railway has produced a short film, featuring some of the young volunteers preparing the Class 08 shunter, along with the railway’s general manager and Vanguard’s project engineer. This can be viewed from 5.30pm on Friday April 23 on the SVR’s official YouTube channel.