As we reach the second half of 2021, Heljan has brought out an update on the projects they are currently working on, with progress with some, and cancellation for another.

The next locomotives to arrive in the shops, will be the centre headcode Class 40s and refurbished Class 31s in O gauge. Models are currently en route to Europe and are expected to reach our UK retailers in August. No less than five liveries are being offered on the Class 40 and nine across the '31/1' and '31/4' sub-classes for the Brush Type 2.

The '31s' and '40s' are due to be followed a couple of months later (shipping issues permitting) by a new batch of O gauge Class 60s in a wide range of colourful liveries, from original Railfreight grey to contemporary DB Cargo, GB Railfreight and DCRail liveries. As ever, all of these models have been produced in limited quantities and some are close to being sold out already.

Also now in production is the second batch of O gauge Class 50s. These EE Type 4s sold very quickly first time out, especially those in the classic BR large logo blue. Despite producing extra versions and increasing quantities to cater for demand, pre-orders for Batch 2 have been so strong that all large logo versions are already sold out at the warehouse. Any customers wishing to obtain these models are strongly recommended to contact their local stockist now to secure them before they disappear.

A third batch of O gauge Class 37/4's is now in preparation. Featuring a mix of existing liveries and new versions, Batch 3 includes several fully decorated numbered and named favourites joining the range. All are being produced in limited quantities. 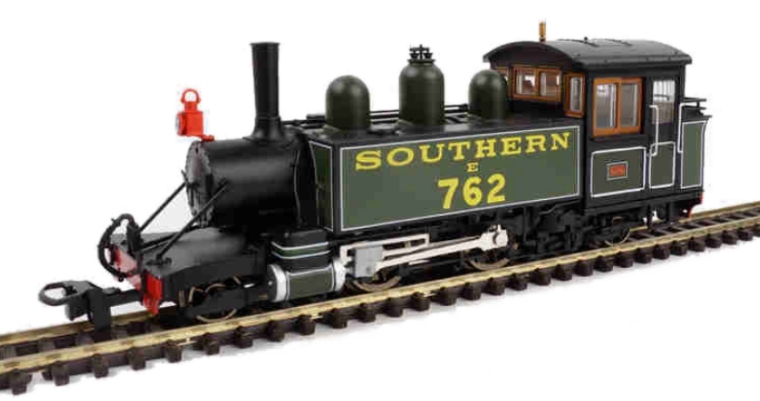 Above: Production 'LYN' models being tested prior to shipment.

The first sample of the ubiquitous BR Mk1 CCT van in O gauge has arrived for review. As always with a first sample, a number of issues have been identified and will be resolved before the models go into production. However, overall, the model looks very promising and Heljan look forward to making rapid progress towards a release in the first half of 2022. Standard features include compensated axles, sprung buffers and couplings, fine wire handrails and extensive underframe detail.

The family of O gauge Mk2 coaches is progressing well. Tooling is now approved and deco artwork is in progress. Further updates on these superb models will follow soon, but for the moment here's a sample of the TSO version, hand-painted by Brian Daniels.

On a less positive note, Heljan has taken the decision to halt their O gauge GWR '2251'/Collett Goods 0-6-0 project in order to focus on other products that are currently in greater demand. It's not a decision lightly taken, but with demand for O gauge diesel & electric era subjects increasing and only a small team working across many new products, they have prioritised the completion and delivery of projects such as the new Class 47, 56, 26/27 and 73, plus other O gauge D&E projects to be revealed soon.

This doesn't mean that Heljan is not interested in steam era subjects - they tell us they are constantly reviewing ideas for new products and are always open to ideas from our retailers and customers.

Heljan has more than 20 projects in progress, plus exclusive models for the National Railway Museum, Rails of Sheffield, Model Rail Magazine, Kernow Model Rail Centre and others yet to be announced. Unfortunately, the global pandemic continues to disrupt production, causing delays. Certain projects have been more affected than others, with the OO gauge Class 45 and O gauge Class 117/121/122 particularly suffering, despite being frustratingly close to completion.