First sample of limited-edition Class 37/7 arrives, showing direction ahead of its second batch of models to be revealed later this year.

Accurascale has revealed the first sample of its Class 37/7 tooling, forming the basis of the forthcoming Heavy Tractor Group (HTG) limited edition-model of its locomotive, 37714. Models are to arrive in summer, 2023.

The Class 37/7 will form part of an extensive run of the English Electric icons, which will be announced later this year, along with other variants of the popular class. Accurascale said that a limite-edition model of 37714 was "essential as the real locomotive formed a large basis of the initial research for the Accurascale Class 37 project, and producing a model in its Railfreight Metals sector livery as per service condition seemed a fitting tribute."

Fans of the machine in preservation can replicate it in its current guise too, with the optional Cardiff Canton nameplates being available in etched format in the detail pack, but not printed on the locomotive body sides.

During May 2022, Accurascale visited the Great Central Railway at Loughborough to see 37714, meet HTG officials, and introduce the model to the real locomotive. 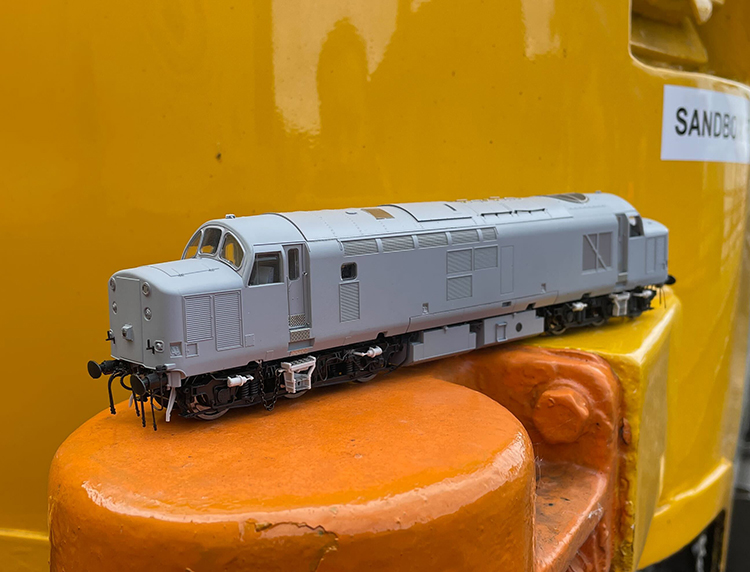 Accurascale said that, "as per any pre-production model, small tweaks are required, but overall the model is shaping up to be the most accurate rendition of the Class 37/7 heavyweights in model form to date."

Graham Hubbard of the HTG added, “We are honoured to have helped Accurascale with the development of the 37/7 for their superb range of locomotives. The levels of detail are truly excellent and the model truly is a small version of the real thing! We cannot thank Accurascale enough for their amazing support for us, with the limited edition model of 37714. We will see not only 37714, but also D6700 secure for the future."

Accurascale’s Senior Project Manager Gareth Bayer explained the significance of the model and the future of the Accurascale Class 37 range, “We were keen to get the Heavy Tractor Group on board for the Class 37 project, as their locomotive sports a number of features that are rare on preserved examples, but common on the fleet as a whole, especially on the post-1990 fleet. Happily they very graciously allowed us to borrow 37714 on a number of occasions, for 3D scanning, measuring – inside and out – and sound recording, and all of these surveys contributed heavily to making our first run of models as accurate as possible.“ 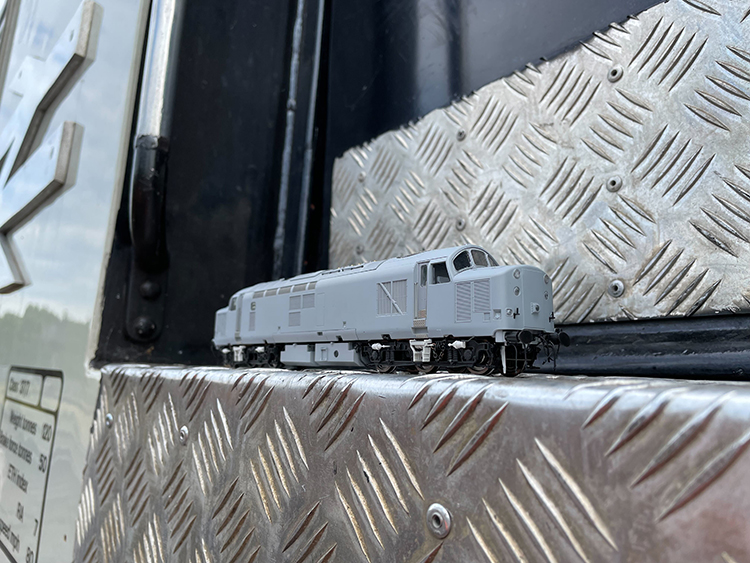 He continued, "The 'heavyweights' are a particular favourite of mine so it has been a pleasure to work with the HTG to create what we think is the definitive model of this distinctive Class 37 sub-type. The group's exclusive edition of 37714 is also the perfect taster for our second run that will introduce many all-new variants, including several never-before tooled, to the mix. As with our initial range, this exclusive will correctly match the configuration of the real thing, including double riveted roof, plated bodyside windows and steps, welded replacement long range fuel tank, single piece nose grilles, windscreens with toughened middle window only, and the correct style of cab interior.”

Sales of the Accurascale Class 37 have been reportedly strong, with the manufacturer sold out on its direct sales website and several retailers now selling out on pre-order too. The demand for the HTG limited edition of 37714, which is limited to 504 pieces has been similarly strong, with stock rapidly depleting.

Visit the Accurascale website for the second run of the Class 37 later this year, or find details of the HTG limited-edition model of 37714, available in DC/DCC Ready and DCC sound-fitted guises.