Customers and passers-by to the Norwich-based model shop are treated to a new themed window display, celebrating Hornby's 100th anniversary.

Great Eastern Models of Norwich has unveiled a new window display to replace its former 'Brexit' in/out model railway, previously in the window. Its 'Brexit'-themed display exited the window on January 31 and has been replaced with a new setup, celebrating 100 years of Hornby. 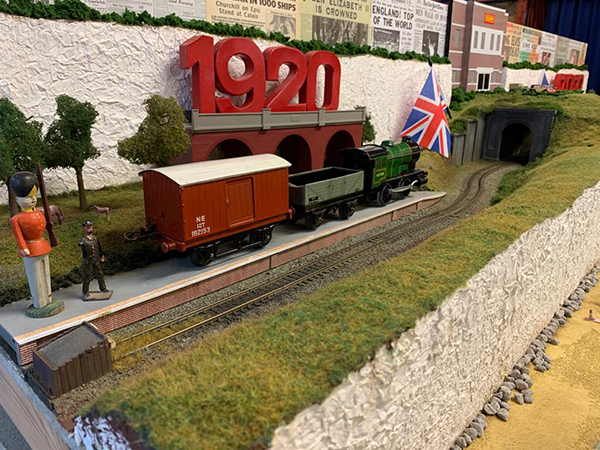 The newly-designed working layout commemorates key events in the 100-year history of Hornby Hobbies, from tinplate, Hornby Dublo, Triang to the present day. Anne Martin of Great Eastern Models commented "The layout documents newspaper headlines from each decade to compliment the theme. It even has a scale version of the iconic Hornby Headquarters at Margate to catch your eye!"

The second window, also backed by Hornby’s corporate colours of red and yellow, sports a museum-style display of a journey through 100 years of Hornby Hobbies. Great Eastern Models has said that the displays are drawing admiring attention from customers and passers-by. Find Great Eastern Models on facebook, or visit its website for directions to the store.