We've had the chance to get our hands on Rapido's engineering prototype of "Lion", the Liverpool and Manchester Railway engine made famous in "The Titfield Thunderbolt" film.

With delivery expected in 2023, to coincide with the 70th anniversary of the famous Ealing Comedy, "Lion", in "Titfield" guise, will be joined by a GWR 'Loriot' wagon, complete with "Dan's House" coach body, a GWR 'Toad' brake van, a Great Eastern Railway buffet car and Pearce and Crump's Bedford OB road coach.

At Rails of Sheffield's store opening, Rapido representatives Andy and Dan brought along the two engineering prototypes for "Lion" and "Titfield". Both are working models that are now being assessed so feedback can be given to the factory ahead of production.

First impressions are that this OO gauge model is a lot heavier than you would expect for something so small. All the black parts are diecast metal, which explains this. It also explains its prodigious hauling, the model is capable of moving over 20 wagons according a video shot by the company. 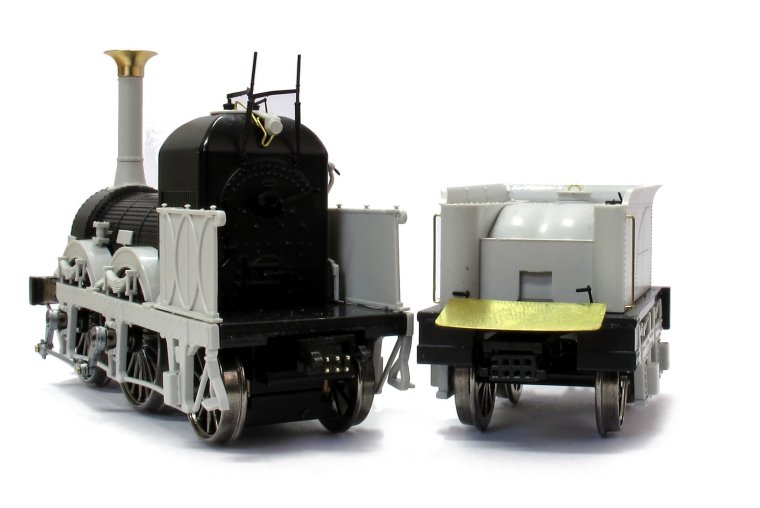 The tender houses the Next 18 DCC chip and speaker, the connection to the locomotive being through a 6-pin plug and socket.

A NEM socket is fitted to the tender only. Despite the being no holes in the underside, the sound is impressively loud. Rapido assures us that some clever technology is involved to allow this.

We took the opportunity to run the model around the Rails test track.

The Titfield Models will be available as packs:

"Lion" will also be available separately in DCC Ready and DCC fitted form. 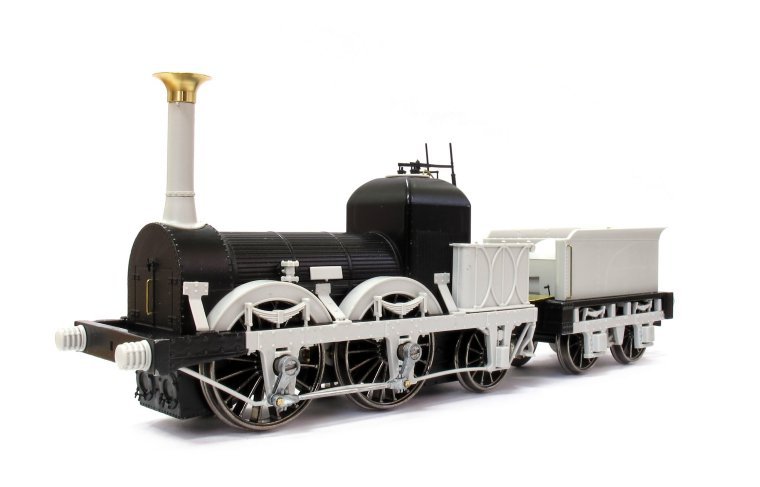 More details can be found on Rapido UK's website.