DMG Electech has unveiled plans for a new model railway controller, a prototype for which has been tested. Its latest new product for the railway modeller is said to have been created following extensive research, development and customer surveys and it believes solves a common problem facing modellers with DC and DCC-controlled locomotives.

Its forthcoming LD101 controller is to be manufactured by ANE MODEL and distributed to the trade via DMG Electech, a deal for which was signed earlier this week, with deliveries of units expected at the end of March.

The DCC controller features a DC button, allowing DC locomotives to run as normal, once driven to an isolated section of track, while a DCC button will allow users to return to the full suite of DCC control. 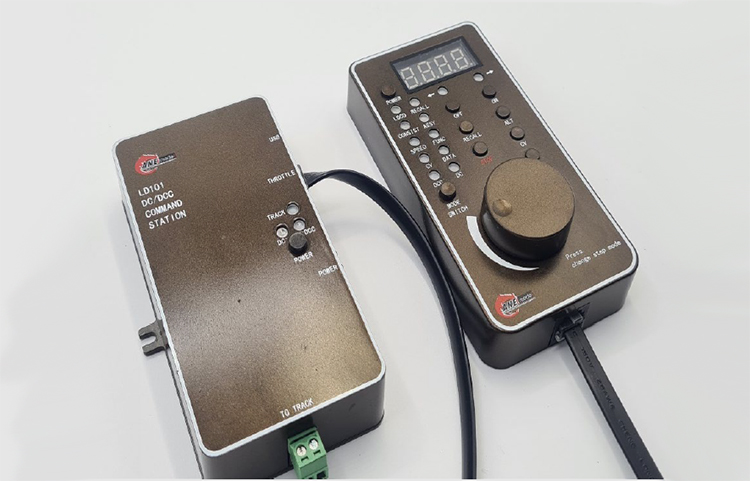 For more details including pricing and availability, visit the DMG Electech website

The current webpage says £119, but It's not clear what this fully consists of until the new webpage and official announcement at the WOM V-exhibition on 15th Mar https://dmgelectech.co.uk/product/dual-function-controller-dc-and-dcc-ld101-by-ane-model/

What sort of price are we looking at?

My DC/DCC tracks are wired separately. Would this controller still be beneficial to me. Many thanks.