South Eastern & Chatham Railway D Class 4-4-0 locomotive samples have been received by Locomotion Models and Rails of Sheffield from Dapol and are under review.

The images show the progression of the D Class locomotives produced over a wide timescale from their introduction in 1901 through to withdrawal of the last locomotive by British Railways in 1956. All versions have a NEXT 18 decoder socket fitted which can be accessed by removing the smokebox door. Information relating to DCC fitted and DCC sound has yet to be released.

Dapol has made alterations to its tooling suite, depending on which locomotive is modelled. A plug-in panel which fits into the NEM coupling pocket is provided in the accessory pack for those who don't want a front coupling, as are cab doors. The coal load for the tender is removable to reveal a detailed interior.

Minor livery alterations have been identified during the evaluation process of the models which will be carried out by the factory before moving into the production stage, with delivery expected in 2021. Prices have yet to be set and will be dependent on the exchange rate at the time of shipping. Details of the seven versions available are: 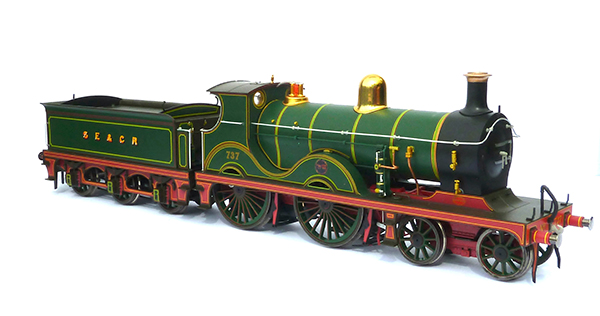 Southern Railway No. 1734 in black livery with sunshine lettering

British Railways No. 31574 in black with early crest

To secure your order of the locomotive, visit www.locomotionmodels.com for the preserved No. 737, or www.railsofsheffield.com for all other versions.