In a short video posted to its YouTube channel, the manufacturer's Marketing Manager, Neil Morrlle takes a first look at engineering samples of this new model.

The first enginnering prototypes of Dapol's Stroudley four-wheel coaches are being reviewed. Stating that the project is "extremely exciting for us at Dapol", the manufacturer's Neil Morrlle comments in a short video posted to its Dapol TV channel on YouTube.

Produced in its Chirk factory, the samples shown are of its gas-lit version, its most complex variant, but the first run of coaches will be of the oil-lit version, which Dapol believes will be easier to assemble in its factory. Four different body types are to be produced – a Third, First, Brake Third and a Composite. The Third will allow a Second to be produced because these vehicles shared identical bodies, interior seating arrangements being the only difference. 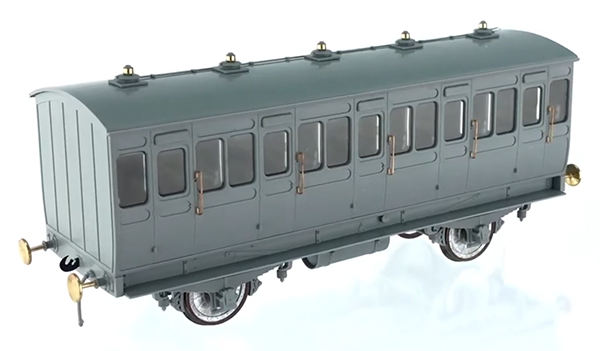 Using as little as an all-third coach coupled to a locomotive, a compact, yet realistic train formation can be created.

Coaches are to be produced with options for DCC-controlled lighting, or without lighting for DC layouts. Tooling produced for the models covers buffer and coupling variations such as drawbar length, spoked or solid wheels, lighting and brake configurations.

The oil-lit varnished mahogany coaches will form part of its first run, with later batches covering gas and electric lighting and westinghouse brakes. Main line versions of the coach will be fitted with three-link couplings and short buffers at both ends of the coach. 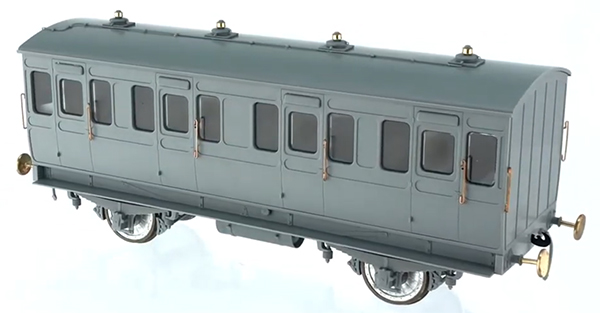 For more information about these coaches visit Dapol's online catalogue, or see your local Dapol stockist.