In a year of unprecedented global challenges, 2021 is a year of celebration for Clayton Equipment Ltd as it marks 90 years since Stanley Reid Devlin established the company in 1931.

History shows that Clayton has gone from humble beginnings to a global reputation in providing a contribution to the worldwide locomotive industry. At a Team meeting held on May 29 to mark the 90th Anniversary, Clive Hannaford Managing Director and Steve Gretton Chairman cut a celebratory cake and presented staff with a 90th Anniversary gift.

The cake in the shape of the latest Clayton CBD90 Hybrid locomotive was shared among 40 staff members who all received a slice of cutting-edge design!

Over the last decade, Clayton has remained at the forefront of locomotive technology, “It’s the ability to be flexible and offer truly tailored solutions to buyers” that Clive Hannaford, Managing Director believes makes the company stand out. “We build from 1.75T to 150T. It’s
such a broad product range that no-one else will do. Having a bespoke offering and giving the customer what they want with great service is driving our business forward", he added.

Clive continued, "Clayton’s success can be attributed to the British manufacturer’s reputation for building low-maintenance machinery that can withstand some of the toughest job site conditions. For 90 years, quality has been Clayton’s priority and this philosophy has never changed, despite the ever-changing and increasingly difficult economy."

During recent times, Clayton-built products have played key roles in major infrastructure projects. In 2018 the firm completed work on a construction train, which at 500m length is the world's longest. In the same year seven 40T locomotives which were the first in the world to be Stage IV emissions compliant were produced for work on the Crossrail project. 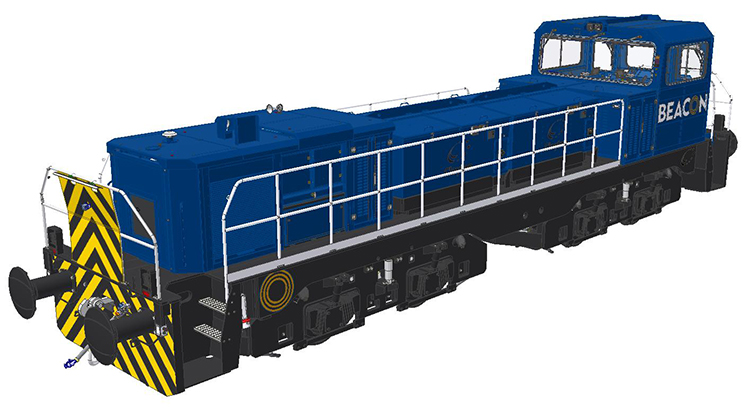 CBD90 shunting locomotive – a 90T Bo-Bo hybrid+ locomotive, the largest type to be constructed in the UK in over 20 years.

In 2019, Tata Steel UK placed an initial order for three 90T CBD90 Hybrid Bo-Bo locomotives, capable of moving 2,500T at its Port Talbot works in Wales. The locomotives were the largest to built in the UK for more than 20 years. Subsequently Tata confirmed purchase of a further four locomotives.

After 90 years of innovation there continues to be plenty of expressions of interest in Clayton’s products and Clive Hannaford says, “It is a privilege to lead Clayton Equipment, it is a proud company that has never forgotten its roots nor its traditional values of providing the highest quality service by innovative thinking, excellence of execution and solid, yet flexible, partnerships with our impressive list of clients”.

Steve Gretton Executive Chairman, added, “Clayton Equipment’s 90th Anniversary, is a time to celebrate – a time to reflect on the past and look towards the future with anticipation”.