The OO scale model was produced as a collaboration between the Bachmann Collectors Club and Locomotion Models, and was launched in February earlier this year at Model Rail Scotland. 90028 was named by DB Cargo in 2019 during a ceremony at the National Railway Museum in York, in tribute to Lady McAlpine’s late husband, Sir William McAlpine.

Sir William was a lifelong railway enthusiast who, straight from school, joined the family construction company ‘Sir Robert McAlpine’, formed by his great-grandfather who shared his name with the company, but was fondly known as ‘Concrete Bob’ due to his pioneering use of the material in his constructions. In 1961 he bought the company’s last steam locomotive for £100 and built a railway for it to run on at his Buckinghamshire home – the Fawley Hill estate.

In 1973, he rescued Flying Scotsman from the USA, purchasing it from the receivers after a failed tour, and retained ownership until 1996. Sir William became involved in railway preservation and was the first Chairman of the Railway Heritage Trust. A vast collection of railway artefacts and memorabilia was assembled at Fawley Hill by Sir William and following his passing, this is now cared for by Lady Judy McAlpine and a team of dedicated volunteers. 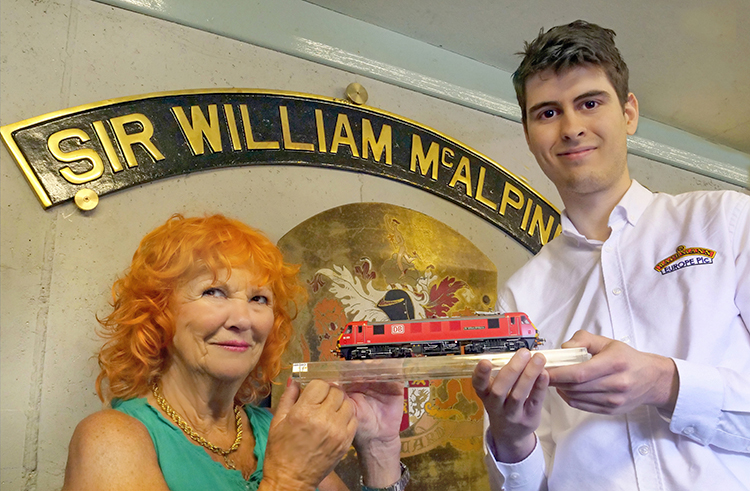 Limited numbers of each remain model remain available to purchase and can be obtained by visiting the Bachmann Collectors Club and Locomotion Models websites.