Models of the two-axle PGA hopper wagon are to be manufactured for model retailer, Rails of Sheffield.

With production said to be underway, having received livery samples from Cavalex Models, deliveries of Rails of Sheffield's 2mm:1ft scale models is on-schedule for Q4, 2021.

Wagons are to be sold in sets of three, with a specification promising an accurately-dimensioned prototypical design, etched walkway, handrails and ladders, a detailed underframe and close coupling mechanism. Six liveries have been announced, original Redland, Redland, Redland large logo, Lafarge Aggregates, Plain white with patch and plain white. 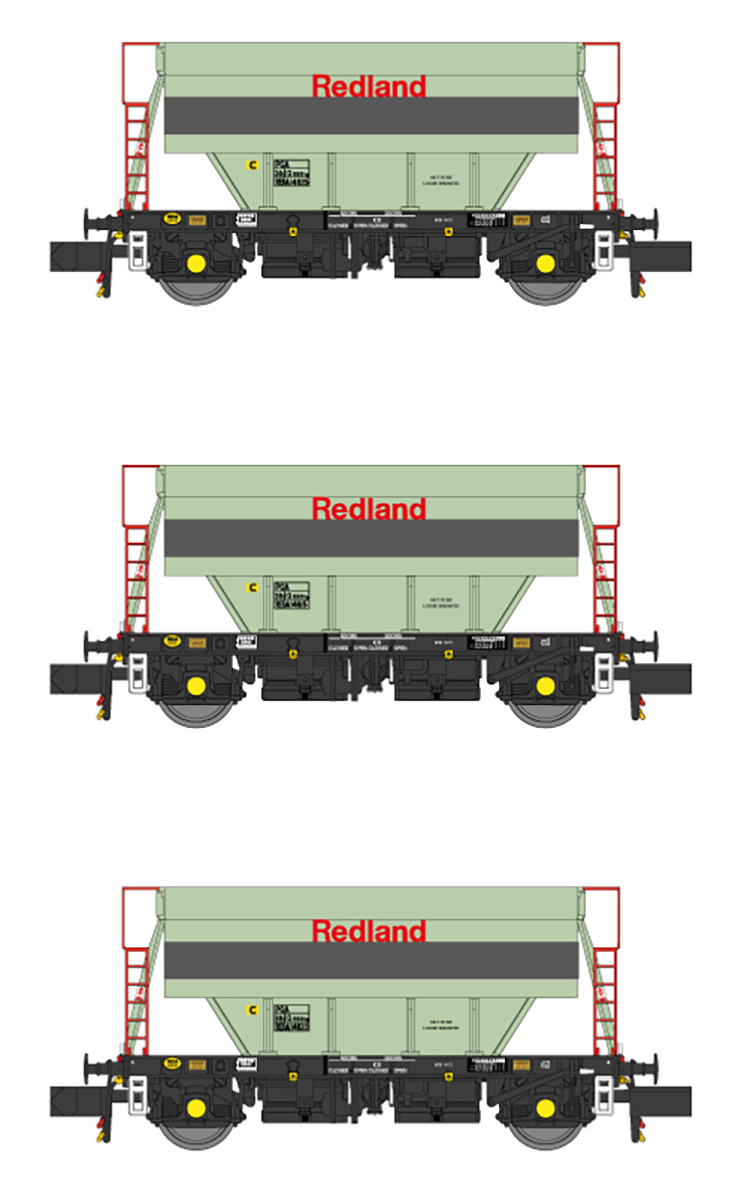 Designed and built by Standard Wagon of Heywood in the late 1970s and early 1980s, the 51T glw hoppers replaced the aging fleet of HTV wagons. With Design code PG012 and with a 38T payload, the fleet of new wagons helped Redland increase tonnages to its distribution terminals in London and the South East of England. The new wagons operated out of Redland’s Mountsorrel quarry moving large quantities of aggregate products to its terminals at Radlett near St Albans, Trowse near Norwich, Kennet near Newmarket, Elstow in Bedfordshire, Barham near Ipswich, Bat and Ball near Sevenoaks Kent, Woking and Aylesbury. Painted in Redland’s light green livery with red text, the wagons could be seen on BR metals behind a variety of traction from the early 1980s up until and post privitisation. 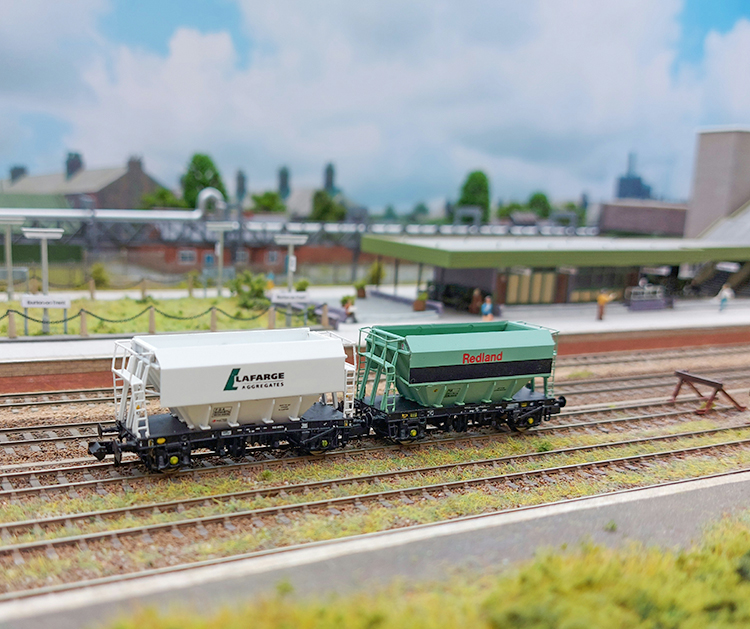 In 1997, Redland was acquired by the French industrial company Lafarge which saw the PGA wagons gain a white body with Lafarge logo.

Following the purchase of the PGA wagons by DB Schenker, the wagons began to lose the Lafarge logo with the majority of the fleet remaining in all white livery, or gaining a black patch on the body side. Up until August 2016, the wagons could still be seen on the network plying their trade delivering aggregates to terminals around the country. 2019 saw a reduction in the fleet as the wagons started being replaced by newer bogie aggregate hopper wagons. 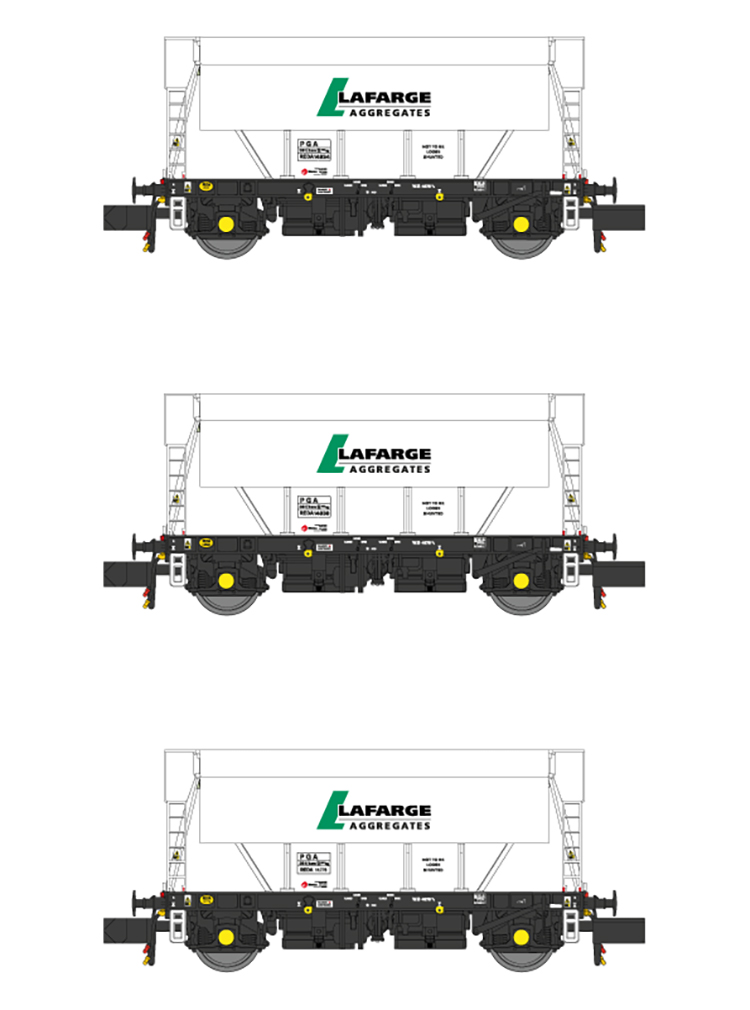 Rails of Sheffield feels that the PGAs will appeal to modellers, from those that model the contemporary era right the way back to those modelling the early '80s and '90s. While the wagons normally ran in longer rakes, there have been occasions where services are split into shorter rakes to allow smaller terminals to accommodate the workings.

During their last months in service the wagons were mixed in with bogie hopper wagons, offering modellers further potential for variety on their layouts.

For further details, current pricing and specification, visit the Rails of Sheffield website.