Laser-cut buildings with operating door mechanisms - is this a first for railway modellers? We take a closer look.

Animated features have become more and more popular on model railway layouts, partly thanks to The Great Model Railway Challenge. Many modellers have looked to add movement beyond the trains to bring their scene alive. The problem is, you'll need quite a bit of skill to develop a reliable and robust mechanism to make things work. Now, Proses have produced a couple of laser-cut kits with working doors that anyone can build.

The Engine House is a large block building with a pair of roller shutter doors. 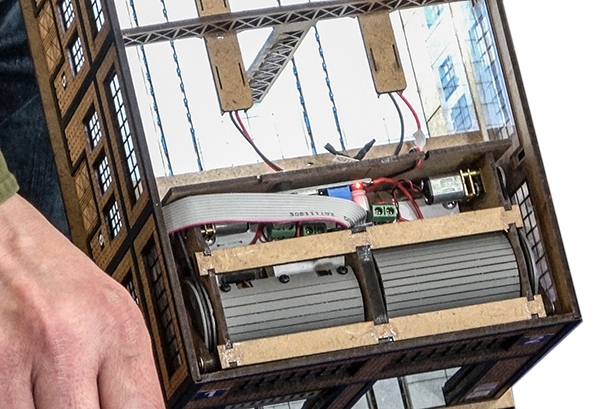 While the building is supplied as a kit the modeller will need to assemble, the door mechanism and control panel are ready-built and simply needs to be plugged into each other once installed in the model. Doors raise and lower at a realistic speed and provide enough clearance for a standard gauge locomotive to pass through. 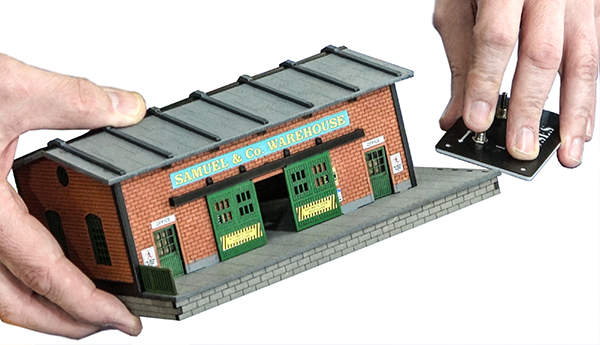 Industrial modellers will be pleased to see this warehouse with a pair of operating, sliding doors on the front and a single door on the side. Each set is controlled independently using an ingenious rubber-band drive system hidden inside the model and not visible if you look through the openings. Operation is smooth and the doors stop automatically one fully open or closed without the operator having to do anything. 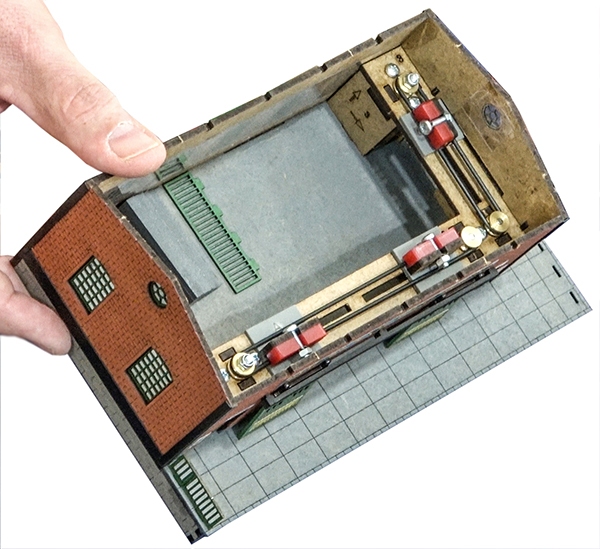 As with the engine house, the model is supplied in kit form. This offers a number of possibilities for the ingenious modeller - it could easily be converted to a low-relief model and the mechanisms could be moved around reasonably easily. Our thoughts were that both buildings would look more traditionally British if the blocks were covered with bricks, but that the design of the kits would make this easy using brick paper or Plastikard.

Both buildings will be available from retailers later in the year.