The latest development from the model electronics specialist allows custom sounds to be played through speakers around the model railway, triggered by sensors.

Brimal Components has released its SS600 Sound Controller, a device which accepts Micro SD cards onto which custom .wav files are loaded. Included in the packaging with the Sound Controller is an SD card, pre-loaded with a choice of steam, diesel or underground sounds, six 6mm x 2mm magnets and six reed switches.

15 sounds of your choice can be loaded onto the SD card from a number of pre-recorded sounds available from the retailer. Further SD cards loaded with sounds can be purchased from the manufacturer at additional cost. New sound cards are installed into the card reader and the the unit must follow a sequence to load sounds, instructions for which are provided.

Reed switches fitted to track and placed around the layout are linked to the controller, each activating a sound from the SD card, triggered by the passing of a vehicle fitted with one of the small magnets. 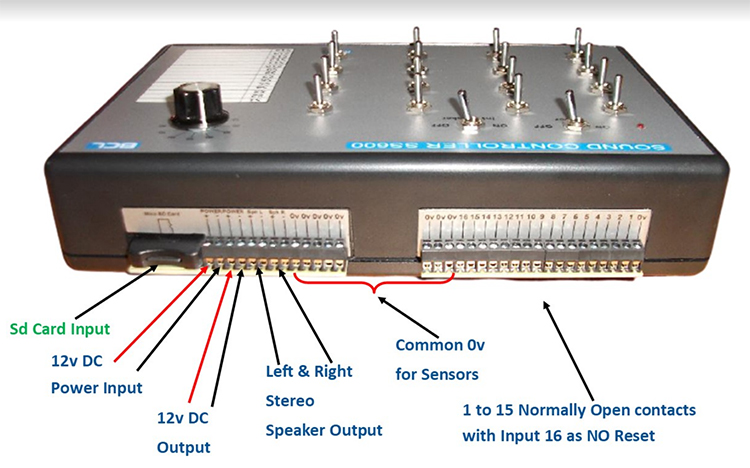 Connections to the rear of the controller are labelled. To the right, the inputs from the reed switch sensors. To the left, the power input and stereo speaker outputs.