The model re-release of the Hunslet diesel is available in kit and RTR forms for OO gauge.

The ready-to-run model features a cast resin bodyshell with flush glazing and ancillary parts. In kit form, the locomotive is supplied with an etched worksplate and detailed instructions. 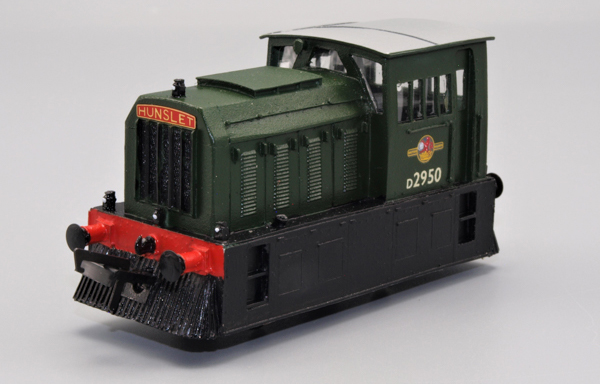 The D1/1 Hunslet dock shunters were built between 1954-1955 during the pre-TOPS period by the Hunslet Engine Company and were designed to work dockside tramways, being ordered by the Eastern Region of British Railways to carry out this work. The locomotives were withdrawn in 1967 as part of a rationalisation plan on non-standard shunters. 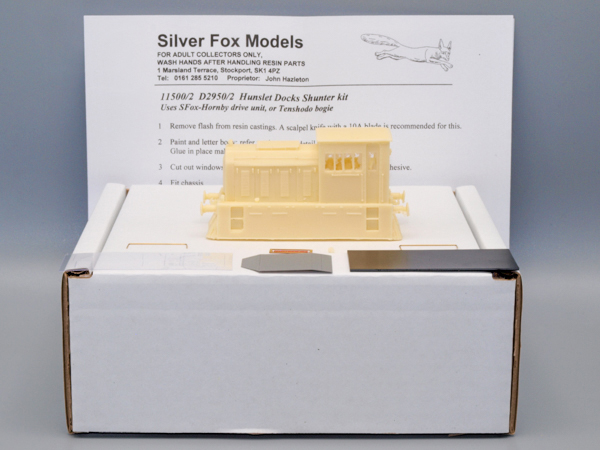 John Hazelton, proprietor of Silver Fox Models explained, "The kit is straight-forward to build and can be easily motorised, either with our modified DCC-ready Hornby drive units or a Tenshodo powered bogie." 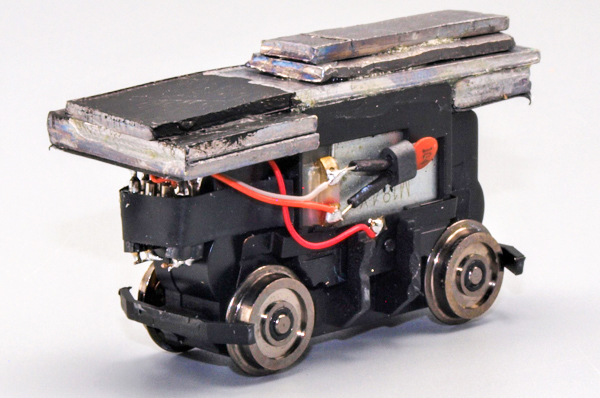 For further details, including current pricing and availability, visit its website.