Bachmann has revealed 20 new products across its Bachmann Branchline and Scenecraft OO scale ranges that are expected to be available during the next three months.

In addition to the 20 products revealed this week, more than 30 previously announced items from Bachmann Branchline, Graham Farish and Scenecraft have also been confirmed for release during Spring 2020.

A full list of new products is listed below. 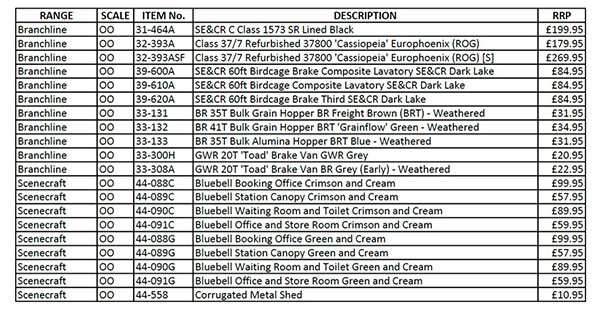 In January 2020, Bachmann outlined its plan to announce new products on a quarterly basis, the new items feature in the Spring 2020 British Railway Announcements – a new supplement available exclusively with the quarterly Bachmann Times magazine.