Expected to arrive with retailers in spring, 2021, the manufacturer reveals prototype samples of its latest OO gauge wagon, said to be "almost production-ready".

Accurascale is to produce models of the HYA/IIA bogie hopper wagon in OO gauge. The manufacturer has said it has worked on the project between its Class 37, Mk. 5 coaches, Class 92 and "other projects yet to be announced." The wagons are to be made available via the network of Accurascale approved stockists.

The manufacturer has been dealing with tooling backlogs on its Mk. 5 coach and 'Deltic' changes, but started cutting metal on the tooling for the wagons before the COVID close down its factories. Samples have been in its possession for a few months. 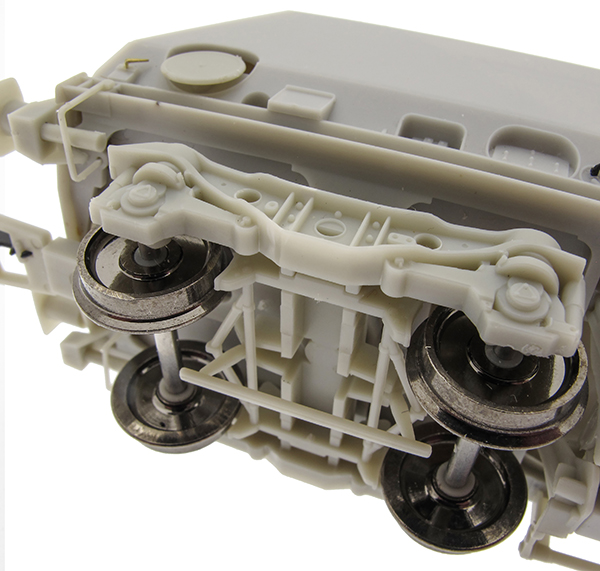 Photographs of a pre-production sample of the bulky wagons have emerged and Accurascale has been assessing the model with tooling improvements due to be completed next month. The changes include better securing of the cabling along the body side, better fit and finish at the top of the ends of the wagons, and finer renditions of the operating handles. 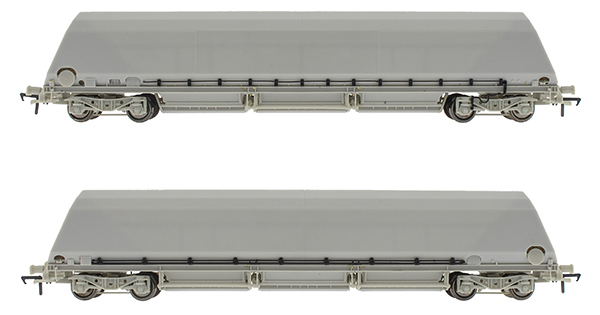 Speaking about the project, Gareth Bayer, Senior Project Manager, said, "Although most closely associated with GBRf and Fastline Freight, the HYA/IIA hoppers have worked with every major freight operator, bar EWS/DB making them a key addition to the fleet of any post-2007 model railway and a clear number one on our wagon hit list.">

Decorated samples of the wagons are due next month and will move into production if they meet approval, with delivery scheduled for Q2, 2021. WH Davis have been instrumental in the development of this project, allowing Accurascale to measure prototypes and providing Accurascale with its own CAD files.

"It has been an absolute pleasure to work with WH Davis at Langwith Junction, Shirebrook, to develop this important vehicle for British modellers, who enabled us to get the wagon as close to the real thing, even the bits you can’t see! I look forward to the production models joining our impressive line up of well regarded freight stock", Gareth added.

Built in several batches by IRS, Romania, and WH Davis, UK, between 2007 and 2011, almost 400 of these high capacity wagons were delivered for service on coal trains across the network. TOPS coded HYA (later recoded IIA after the adoption of 12-digit UIC numbers), they were developed for First GB Railfreight from the EWS HTA by Thrall successor IRS, complete with track-friendly TF25 bogies, enabling GBRf to quickly start running coal trains and break the EWS/Freightliner monopoly of the business.

Soon after the GBRf order, Fastline Freight also contracted IRS for a batch of its own HYAs, later IIAs, delivered from 2008. Both the GBRf and Fastline Freight hoppers were delivered in unpainted steel, featuring distinctive weld line patterns along the bodyside of each wagon.

Most wagons had branding of their operators and leasing companies such as GE and VTG, though some didn't receive operator logos when entering service. After the demise of Fastline in 2010, its wagons were leased to other companies such as Colas, Freightliner and GB Railfreight, with some wagons continuing to operate to this day carrying the Fastline branding.

With the demand for coal falling due to environmental concerns in recent years, particularly after the introduction of a new carbon tax in 2015, these impressive wagons are still much in demand, having been redeployed on aggregate trains with very little modification. From 2010, many of the British-built IIAs were converted to biomass wagons or delivered with the distinctive roof doors and operating equipment, while 2016 saw the debut of the first hoppers cut down to a smaller size for dedicated stone workings, with around 150 converted so far. However, coal and aggregate traffic still provides the original length wagons with plenty of work across the UK daily!

Presently, haulage tends to be provided by GBRf Classes 60 and 66, although in the past, DRS, Fastline and Freightliner Class 66s and Colas Class 60s and 70s have all featured atop these wagons.

For more information on models being produced and bundle packs, visit its website www.accurascale.co.uk