The manufacturer shares plans to produce more batches of its two-axle cement wagons, with delivery of models expected late-2021.

Accurascale is to produce more batches of its Castle Cement PCA wagons. Citing 'high demand' as the driving force behind the decision, the first run of these wagons sold out quickly, and were the third model release from the manufacturer when the company was still in its infancy. The first production run was in small numbers and Accurascale has said there has been high demand for the wagons from modellers who missed out.

For the first time, Accurascale is also offering the wagons in original Castle Cement livery for modellers of the mid-1990s to early-2000s. All wagons were re-liveried in Castle Cement livery in 1996 for use on workings to London – initially to Kings Cross freight depot, then to the freight facility at Saint Pancras from 2003. Since 2013, a number of the wagons have also been used on workings between Clitheroe and Avonmouth and are still in operation today. 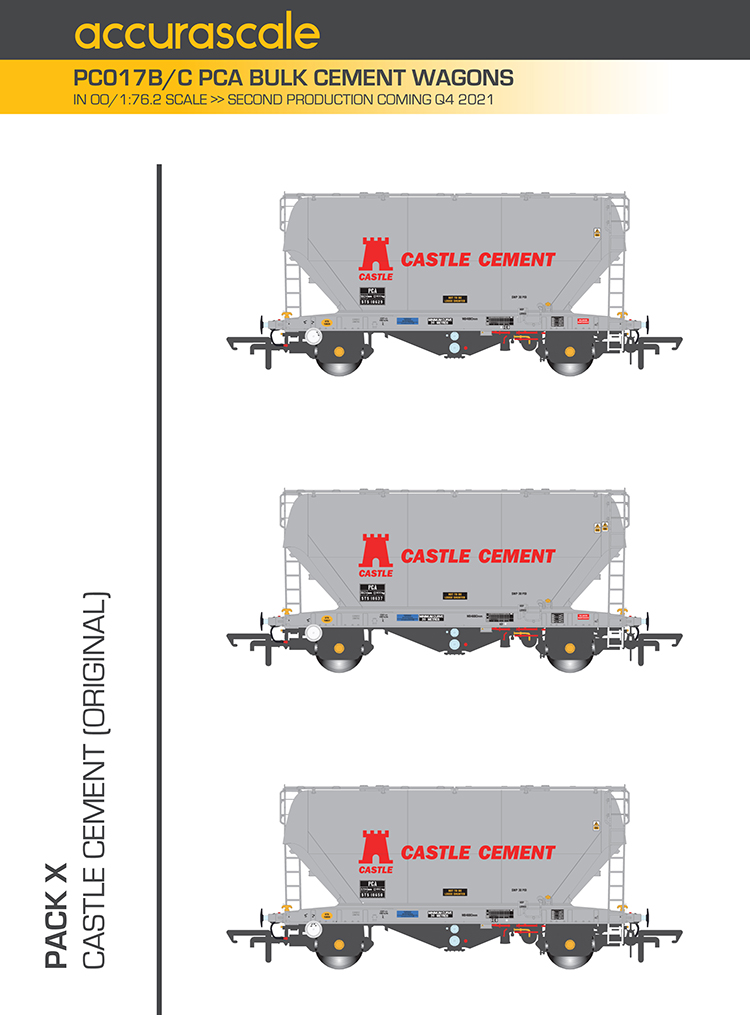 Transition from original to revised Castle Cement livery took place in the early 2000s and have since featured a variety of branding variations which Accurascale is looking to capture. The decoration artwork for the new run of wagons is complete and samples are expected within the next six to eight weeks. 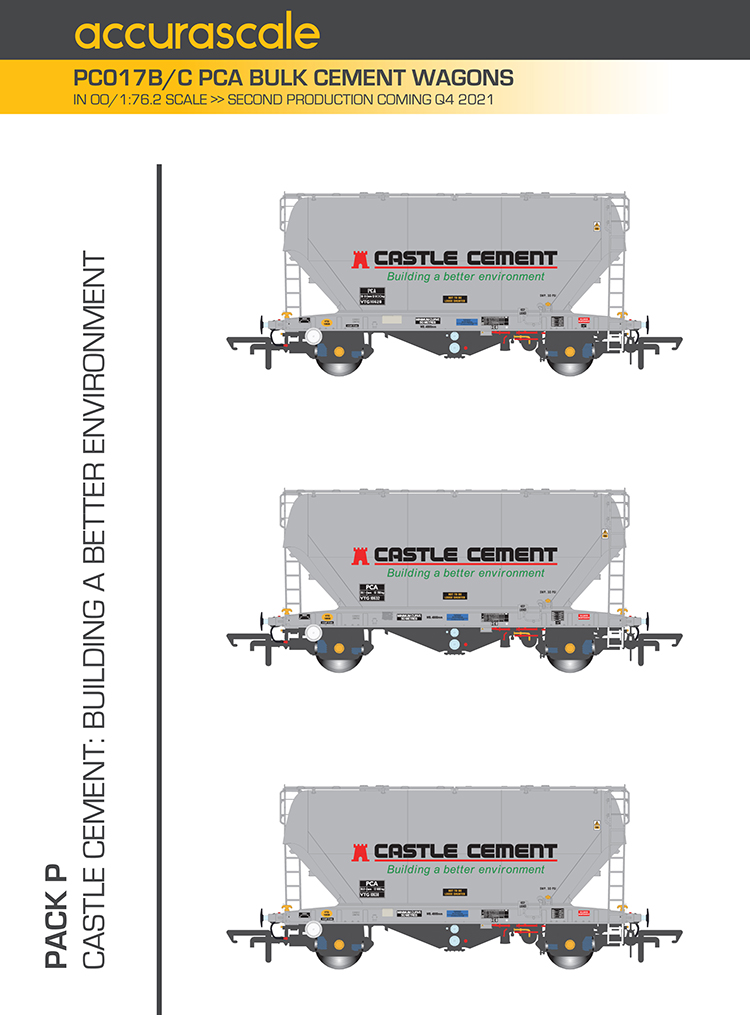 Six differently-numbered packs of three wagons in modern Castle Cement livery and three packs in the original livery are offered in this run. Delivery is slated for Q4 2021. For more details including current pricing and availability, visit the Accurascale website or see your local stockist.