Sharing images of one of its most extensive tooling suites to date, models of the Brush Type 2/Class 30 and 31 are expected to arrive in Q2, 2023.

Accurascale has revealed a new suite of models depicting the Brush Type 2/Class 30 and 31 locomotives. With engineering prototypes unveiled, the new models are said to have been developed from detailed surveys of numerous prototypes, as well as a 3D scan and works drawings.

The manufacturer aims for this model to be the "definitive representation model of the classic BR mixed-traffic design", covering almost every detail variant that existed throughout their 65-year lives. The models are tooled, with several working samples undergoing evaluation and testing.

Initial engineering prototype samples arrived with Accurascale's production teams mid-January, with models and component parts assessed for fit, finesse, and finish. Improvements have been identified in areas such as the roof fan grille and other areas, but the manufacturer has said that models are "shaping up as accurate representations of the venerable Brush Type 2s, capturing their characterful quirks such as bodyside curve, plethora of grilles and distinctive cab shape."

Ten running numbers covering a wide period of operation are to form the first release, available in DC/DCC ready and DCC sound-fitted models. Pre-production samples will be available to view on Accurascale's stand at Model Rail Scotland on February 25-27 and at our London Festival of Model Railway show on March 19/20, 2022. 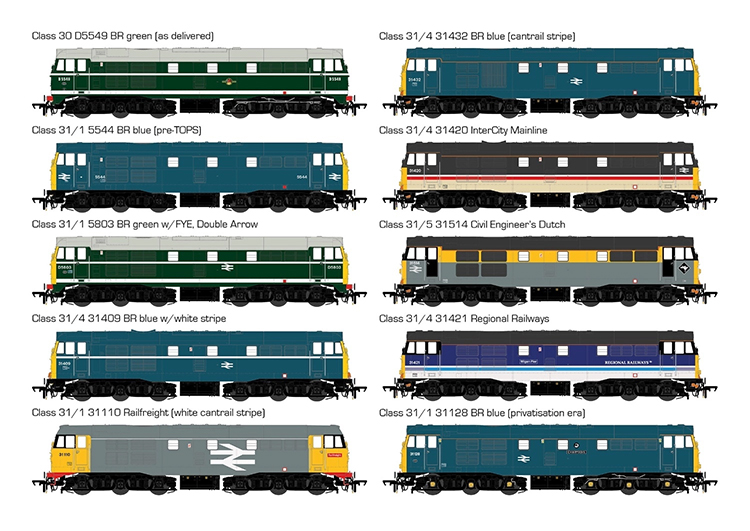 Accurascale commented, "Our modular tooling can be adapted to represent nearly all variations of this long-lived class from their as-built appearance right through to the present day. For the discerningly detail minded, this includes three different styles of exhaust port (Mirrlees ‘pilot scheme’ or production and EE), with or without roof fan grille, original/plated boiler port and water filler, additional roof panel for the 17 locos modified in their early days with uprated 1,600hp engines, different NRN roof antenna for both main cab roof styles, as-built ‘Toffee Apple', production and refurbished bodysides, with water filler steps, plated steps and reskinned steps and standard or vertical ‘one piece’ radiator grilles. 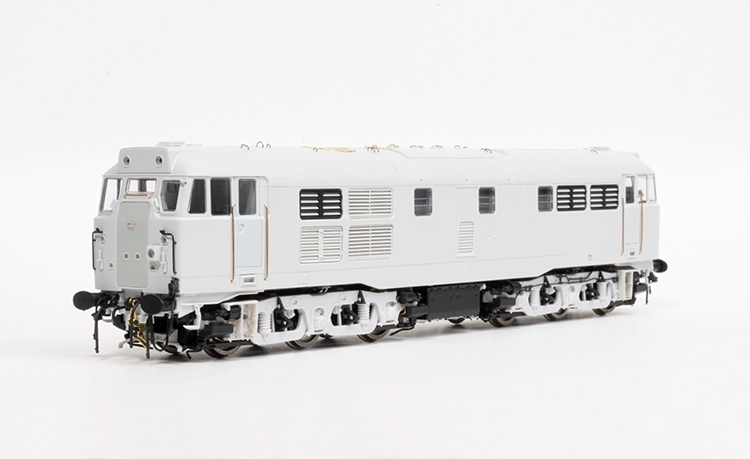 The 61 locomotives provided with trip cock gear for working on London Underground routes are to be covered, while the Whitaker-style tablet catchers for use on the High Dyke iron ore branch in Lincolnshire have also been moulded. The cab fronts feature different options with disc and headcode box versions, different nose door and handrail configurations, ‘offset’ and centrally-mounted sealed beam headlights, LED-style tail lights, toughened driver’s cab windows and two different ETH jumper locations. The underframe and bogies are said to be highly detailed with numerous separately-applied parts, while battery boxes also come in original and modified condition, the last-mentionned including the extra latches to reduce the likelihood of the doors opening while running. 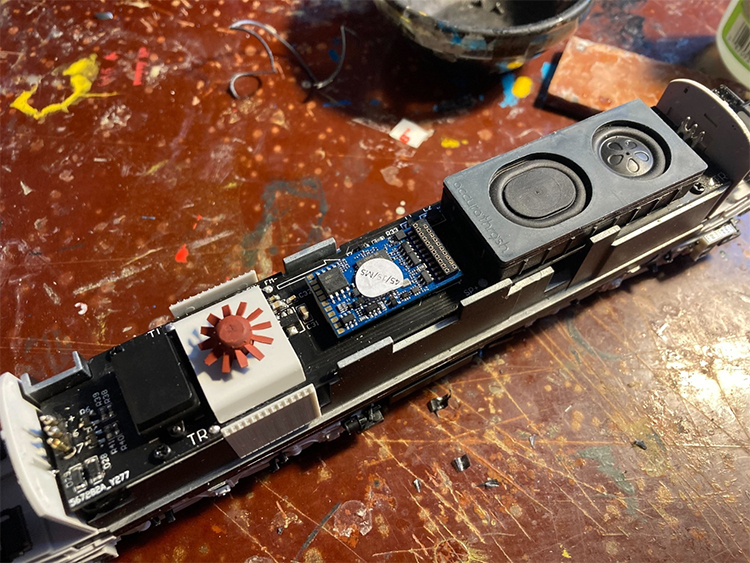 Models are to feature working radiator fans – driven from a separate motor – and separately switched tail lights, allowing either end to be illuminated as required, but also individual tail lights, or both depending on era.

For current pricing and availability, visit the Accurascale website.