The manufacturer updates on its latest rolling stock release – the Chaldron 'Black Waggon' series of coal hoppers, with the unveiling of decorated samples.

Decorated samples have arrived with Accurascale for assessment last week of its Chaldron wagons. It signifies the rapid progress of the models since initial announcement in September, 2021. Initial impressions of the decorated samples is generally positive, with chemical blackening of metal parts, sharp printing and crispness of the white lettering against the black background. 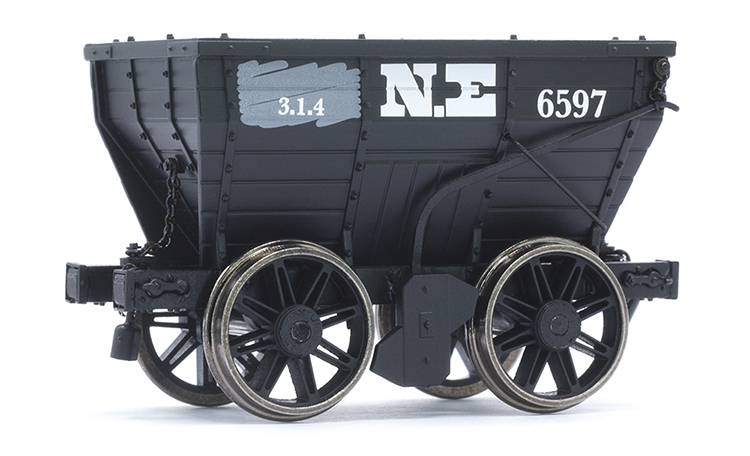 The recognisable Chaldron design appeared around 1820, but it was the continuation of an outline that dated from the mid-17th century onwards. These two-axle wood framed ‘black waggons’ were built to slightly varying degrees of design, but a common outline, for the transportation of coal, brick, timber, stone and ‘muck’ across the North East of England. 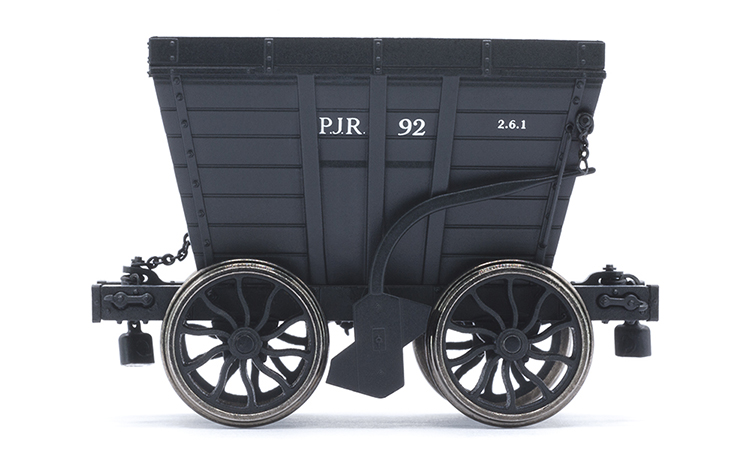 A ‘Chaldron’ is a unit of measurement equating to 53cwt in weight, and with weighbridges not being used in the Great Northern coalfield in the mid-18th century ways and means of standardising coal wagon loads were being sought by collieries and merchants. The most efficient way was to use units of volume as a measurement, and hence the term ‘Chaldron’ became the common reference for coal wagons in the North-East, becoming the standard carrying capacity used in wagon loads until around 1850, when three tons became the standard size. By then, the name had stuck, and it has remained a common reference for the ubiquitous wagon type. Their service lasted over 150 years, right into the 1970s in industrial usage. 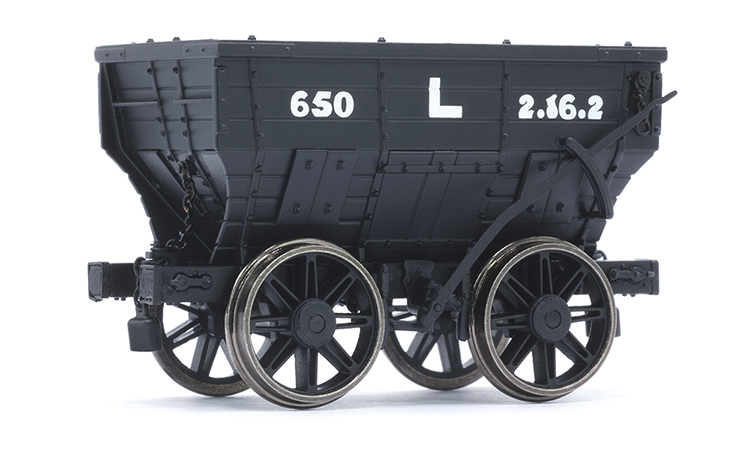 Marked as the genesis of Accurascale’s “Powering Britain” series of coal wagons covering the entire age of the railway, it offers pre-grouping and industrial modellers with an essential item of rolling stock which forms a cornerstone in British industrial heritage. The samples have been signed off and production is underway, with the release date of Q2 2022 on target.

For more details, visit the Accurascale website or see your local stockist.