Following its recent overhaul at Crewe and York, 60007 'Sir Nigel Gresley' is to play a starring role at the Severn Valley Railway's forthcoming event.

Another jewel in the Severn Valley Railway’s crown comes as 60007 Sir Nigel Gresley joins its Spring Gala line-up. The LNER Class A4 has been confirmed as the third guest locomotive at its Spring Steam Gala between April 21 and 24. Its potential appearance at the SVR’s first major event of 2022 has been the subject of much recent speculation and debate, and the news comes as a real coup for the railway.

Following its recent overhaul at Crewe and York, 60007 will arrive at the SVR in the next few weeks for running in, and will stay on to play its starring role at the Spring Steam Gala. Its appearance has been arranged by agreement with Locomotive Services Group and the Sir Nigel Gresley Locomotive Trust. Celebrating its 85th birthday this year, the locomotive is iconic for many reasons, including its 112mph post-war speed record, achieved in May, 1959. It last visited the Severn Valley Railway in 2009. 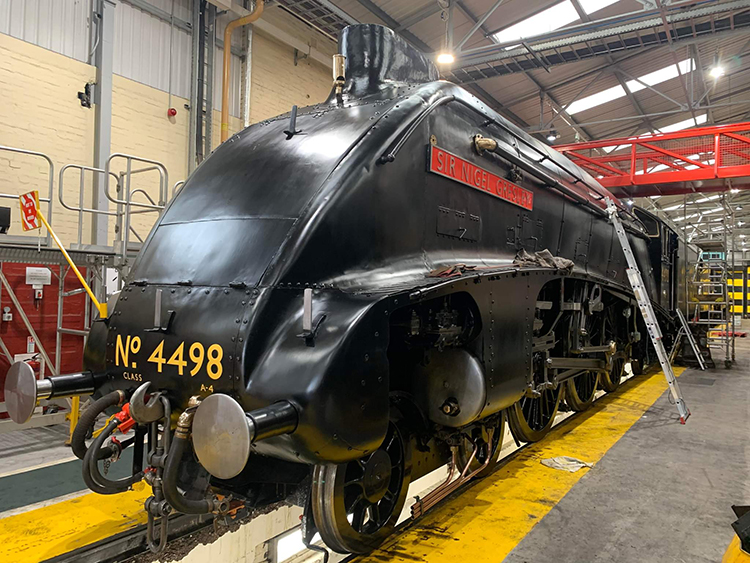 Michael Dunn, the SVR’s head of visitor experience, said, “We’re thrilled that this spectacular locomotive is joining our other special guests, 2999 Lady of Legend and A1X Terrier 2678 at our first big steam event of the year. It really is a headline locomotive and will prove a big draw for visitors.

“Alongside our popular home fleet, we’ve assembled an array of locomotives for maximum appeal. Following all the restrictions and adaptations that Covid forced on us over the past two years, it will be wonderful to get back to ‘normal’ for this Gala.”

The event is planned to run traditionally, with passengers allowed to hop on and off at their leisure, swapping services at all of the SVR’s stations. The event also sees the re-introduction of multi-day Rover tickets that give substantial savings on individual day ticket fares. Tickets and further information on the Spring Steam Gala is available from the Severn Valley Railway website.