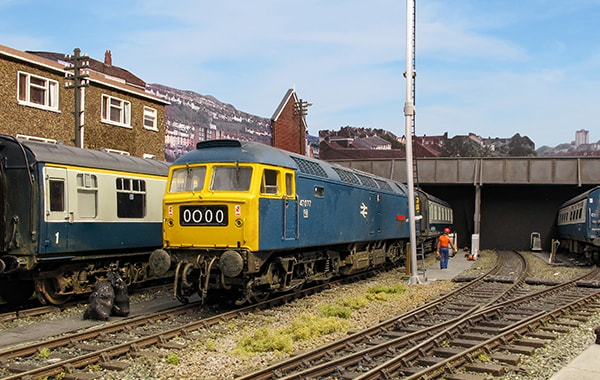 Modelling a disappeared sidings near Bristol in a challenging space didn't defeat Rob Owst, who turned to archive material and a useful trackplan.

Location: Fictitious (based on Malago Vale)

Head south on a train from Bristol Temple Meads and after a few miles you will pass through the district of Bedminster.

Just prior to Parson Street station lies the site of the former Malago Vale carriage sidings, which is now houses, but was once an extensive array of sidings for holding parcels and coaching stock. As a child, I regularly passed over Parson Street road bridge, and in later life worked around the corner from Malago Vale.

I have always liked the thought of building more unusual models and I've long harboured ambitions to build a Malago Vale-inspired carriage siding to use my extensive collection of coaching, parcels and motor-rail stock, but lack of space seemed to be a consistent stumbling block. Carriage sidings are rarely modelled due to the length of layout required (a rake of 10 Mk. 1 coaches occupies circa 9ft of siding space alone in 4mm:1ft scale) and Malago Vale had five loops and two dead end sidings alongside the three-track main line. To model it prototypically in 4mm:1ft scale would require an area of 30ft x 5in, which was not feasible for me as my preferred layout size is 5ft x 18in! 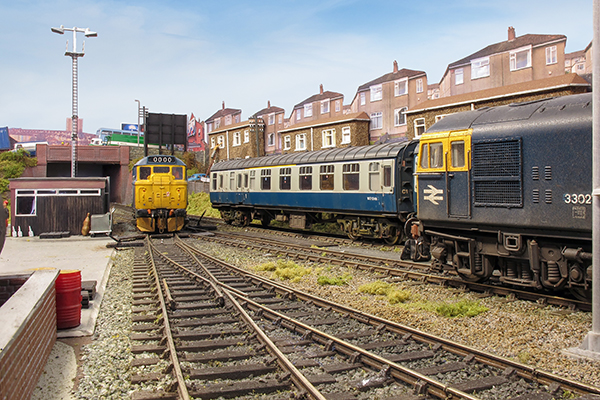 As part of my previous layout ‘Peafore Yard’ (BRM January 2016), I previously modelled part of Bristol Temple Meads station in 4ft x 6in, so was confident through selective-compression, I could meet my challenge of creating a layout that would jump out as a carriage sidings within the space I had available.

To do this I omitted the main line from the back of the layout to save room, reduced the five loops and two dead end sidings to be four loops and one dead end siding, which was just enough to portray the scale of the sidings without the layout being filled with track. Finally, I moved the footbridge, which spanned across Malago Vale, towards Parson Street with, in effect, only the front part of the train being on display, the rest of the train being off scene.

Another challenge with carriage sidings is that they suffer from a relative lack of operational movement, which is where reality comes into play again as Malago Vale had no road access. All waste from the carriages was loaded into four industrial skips, which were mounted onto a Lowfit wagon. When full, the Lowfit would be tripped to Kingsland Road sidings for the skips to be transferred to a road vehicle. In model form, operational interest could be created through the waste wagon and fuel oil movements, as well as brake blocks arriving via rail as well. Even with these additional movements, there are still pauses in the operating sequence so it is essential that the viewer’s eye has plenty to occupy them, hence the use of many cameos on the layout. 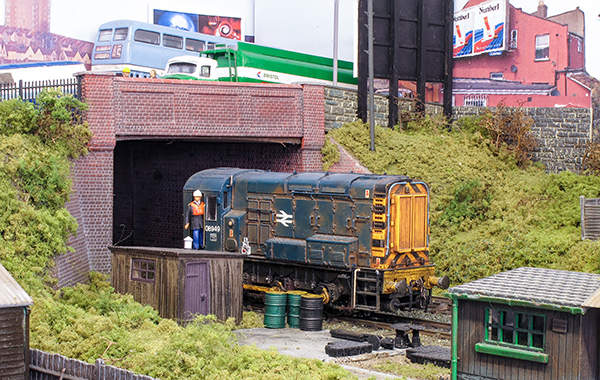 To give a final nod to the location, I chose the name 'Parsons Vale' as a mix between Malago Vale and Parson Street as all of my layouts have names begin with the letter 'P' (for reasons I am not entirely clear on!).

Malago Vale is located on the side of a hill and I was keen to build a layout that wasn’t on a flat board, plus having height towards the back of the layout would make it feel bigger. The baseboard was therefore built on a semi-open frame principle with a 9mm plywood base cut away at the front to allow the gardens to be modelled on the street below. The layout framing is built from 2in x 1in timber and, like my last layout, is built on a boxed-in basis, the sides of the box effectively being part of the layout structure. <./p>

Once the structure was built, track was laid and in a change I decided to use the then new Peco bullhead points and track. I had previously built my own points and track and would have done the same again, but I have much less modelling time these days. I am happy with the results, especially after weathering. I needed to use a Streamline double slip to fit the trackplan, so chose to move the offices/mess room building to be in front of this crossing to hide it from view. 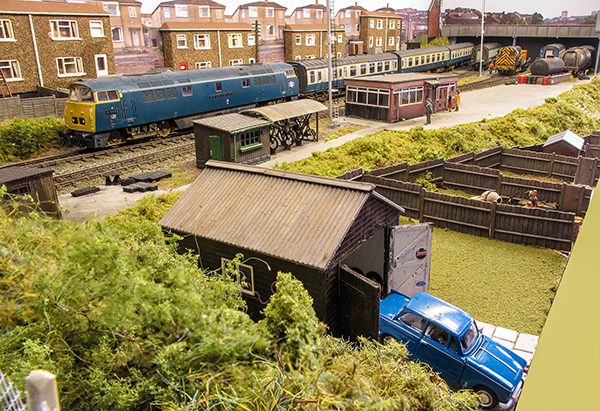 At the request of my friend Alan who helps me operate at exhibitions, the layout is DC but wired for cab control to enable two locomotives to be used independently, which is useful for certain shunting manoeuvres but it does add an element of unwelcome complexity into the wiring on what is a small layout. I have often been asked if I had considered going to DCC and using sound, but the cost of converting over 20 locomotives has always put me off, hence I stayed with DC.

Many of the real structures at Malago Vale are replicated on the model and selective compression has been used to recreate the cramped nature of the sidings that were surrounded by housing. I try to avoid using ready-to-place buildings to avoid layouts appearing similar, and so to help recognition of the location, most of the buildings are either modified kits or scratch-built to suit.

The boiler house, water tower and fuel tanks that were present at Malago Vale for the purposes of heating the carriages all appear, although in a slightly different location, with the boiler house building, which is scratch-built, being used to hide the control panel. The water tower uses a modified Airfix kit with new legs, ladder and top of tank made. As the tank was open, water was added using scenic 'realistic water' poured in over a fake base. The footbridge to the right of the layout still exists today and was scratch-built using four packs of Wills vari-girder for the main beams, with the rest of the detail being scratch-built. I find spending some time researching for older or more obscure kits rewarding as I can create structures that are unique where possible. 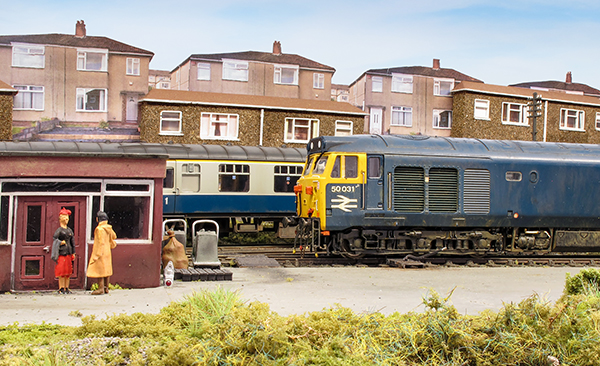 One ready-to-place building does appear, the office/mess room being a detailed and weathered Bachmann Scenecraft model, but it appears to have not been produced in large quantities as I have never seen another and have been asked a number of times if it was scratch-built.

Two lighting towers provide height to the scenic element of the layout and (along with some of the buildings) have been wired into an old Hornby Controller, so I can switch the layout lighting off to operate a nighttime scene at home.
The road bridge to the left of the layout represents the three-lane section of the A38, which was one way over the main line at Parson Street and is prototypically full with traffic. Having worked in road transport all my life, a lot of effort was put into the road vehicles on the layout and all have strong links to Bristol. The container lorry represents one from the first company I worked for, which was based on Parson Street, the skeletal trailer being completely scratch-built. The Leyland tanker is based on one belonging to the Bristol Omnibus Company and is now preserved in its colours, while the blue Leyland Atlantean bus was used by Bedminster Coaches for over 20 years between the mid-1970s and mid-1990s and was a Parson Street regular. 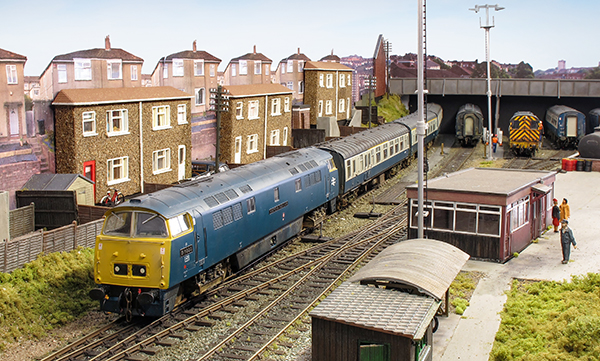