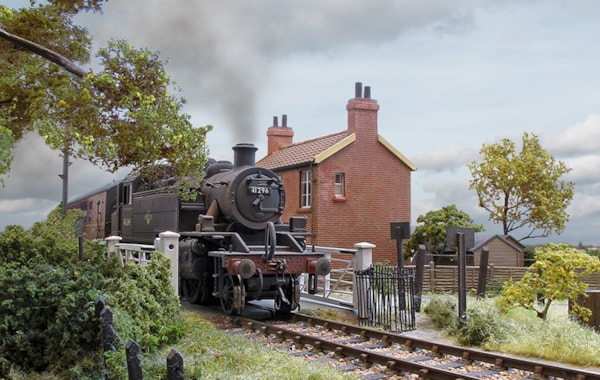 Bleakhouse Road is a Somerset & Dorset Joint Railway station in the latter days of British Railways modelled in OO by Tim Maddocks.

Somerset Levels
The Somerset Levels, a low-lying and very rural part of the West Country, stretching from the Mendip Hills to the Quantocks in the west and the Blackdown Hills in the south are bisected by the Polden Hills, a lower prominence running almost from the Bristol Channel coast in an easterly direction towards Glastonbury.

The Levels have been subjected to man's attempts to drain them for centuries, and indeed were once under a shallow sea. Even now, most parts of the Somerset Levels are no more than about ten feet above sea level. The whole district is prone to flooding, especially in winter, when a chill wind frequently blows in from the Bristol Channel, there being no topographical obstacles to hinder its remorseless passage across the flat fields and rhynes. 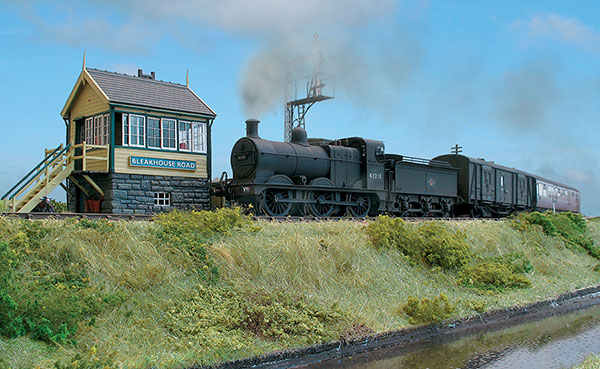 Ex-SDJR 3F 0-6-0 locomotive No. 43218 rounds the curve in front of Bleakhouse Road signalbox with a short consist.

Childhood memories
Having been brought up in the City of Bath, the Somerset & Dorset line, even after closure was an ever-brooding presence for Tim. His father was a teacher in the local grammar school at the time, one of his subjects being woodwork. This involved frequent trips to Windebanks timber merchants, located immediately next to Bath Green Park station, on the site now occupied by a Sainsbury's supermarket. The timber yard was frustratingly low down, so as a small child, he could only just make out the tops of the steam locomotives and their trains. He didn't even understand the railway geography properly, and would always look out - in vain, of course - for the 'Blue Pullman' as they passed under Midford Viaduct on the way to visit his parents' friends in the nearby villages.
It was only after the S&D had closed that the full impact of what they had just lost became apparent. A Christmas gift of the Robin Atthill history led to a developing awareness and a life-long interest in the Somerset & Dorset. This was reinforced by occasional visits to the derelict, but still intact, station at Midford with his late mother. One cold December day in 1967, however, they found the buildings in the process of being demolished and a brake van parked on the viaduct, and an empty track bed stretching away towards Wellow beyond it. 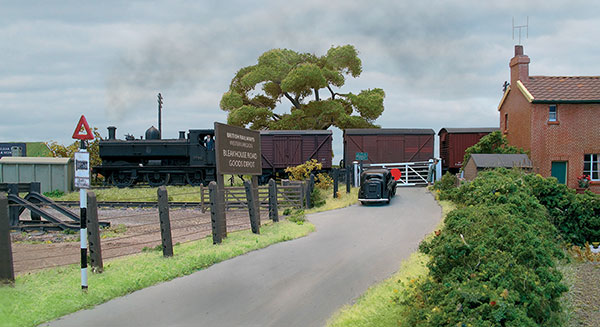 Scenic construction uses traditional methods, mostly dampened newspaper impregnated with PVA and Polyfilla, laid over framework, painted and topped with a mixture of dyed surgical lint and Noch & Heki puff grass fibres. The layout was built before the introduction of the Noch 'Grassmaster'.

Modelling inspiration
Despite the proximity of the S&D, Bath is deep inside GWR territory, and at first the allure of Brunswick Green and polished brass and copper seduced Tim's modelling sensibilities. One or two projects were started, but never brought to conclusion, perhaps because of the dawning realisation that the B.R. era with black locomotives and maroon coaches held more appeal. It did not take much further persuasion to take another look at the Somerset & Dorset and these days, Tim prefers his GW locomotives in black, with a seasoning of grime and weathering. 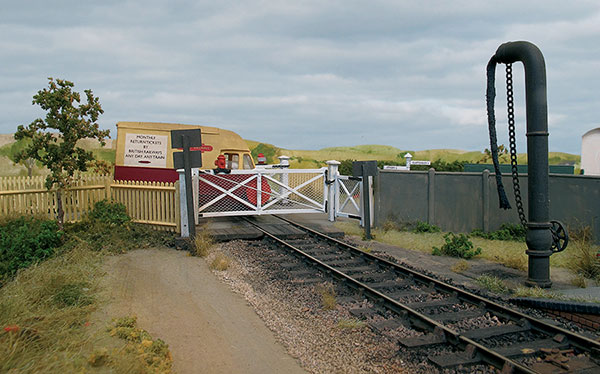 A solitary British Railways van traverses the level crossing. The rolling hills in the distance capture the location to good effect. It was hand-painted in water colours, based on photographs of the Polden Hills taken from the South Somerset Levels.

Building Bleakhouse
Keeping with the overall S&DJR theme, Tim thought that the Somerset Levels and the Highbridge branch of the S&D in particular offered some scope for the new project. He has always preferred to model fictitious locations, albeit in the style of the prototype, so as not to have to slavishly adhere to traffic patterns, rolling stock and operating restrictions of a real location. Tim knows this doesn't suit everyone, but for him part of the attraction was the invention of a whole new fictitious history to match the realities of the new model. The assumed background of an independent, local company allowed him to use certain non-S&D structures for this project that he had already constructed, such as the McKenzie & Holland signal box and the Eassie station building.
The concoction of an invented history called for a study of the real railways in the surrounding area, plus a reasonable knowledge of the geography and topography of the district. This meant that a number of visits to the area were required, and these yielded amongst other things, a series of photos, some of which were used as a basis for the hand-painted back scene. He also took some views of empty fields next to rhynes and little-used farm tracks, many of which were used to reinforce the impression of a long-disused rural railway line. These photos were also used for exhibition display material. 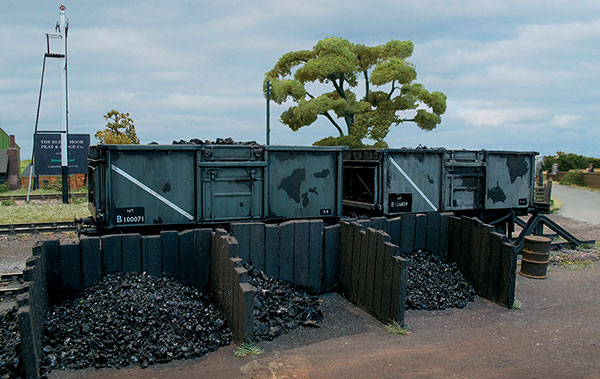 A pair of weather-beaten 16T mineral wagons await unloading by the coal staithes for use by local industry and merchants.

Adding interest
Staying with the single operator premise, it followed that he would need to keep something moving as much as possible, if exhibiting alone. This meant that the scenic section would need more than one focus of operational interest, hence the peat works and the South Polden Light Railway (SPLR) elements were created, together with the short section of operational narrow gauge peat tramway.

The SPLR part of the layout allows Tim to indulge his interest in light railway and industrial locos, and gives an added element of operational interest when traffic between the BR and light railway is exchanged.

Tim has been a member of the Devon Riviera Area Group ('DRAG') of the Scalefour Society. This made a refreshing change from 'solo' modelling and has resulted in the availability of a number of kind and experienced friends, who now make up the operating teams for 'Engine Wood' and 'Bleakhouse Road'. Suggestions for the improvement and extension of both layouts are frequently offered. Tim is grateful to everyone who regularly helps out, but would like to mention John Farmer in particular for his kind and totally unexpected contributions towards these eventual 'new works'. 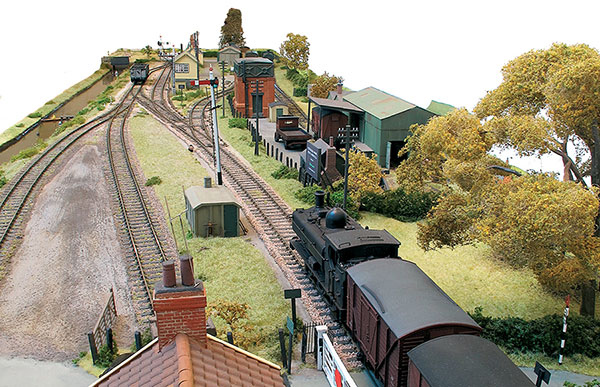 The layout is controlled by 12V DC using Gaugemaster control units. It has individual electrical sections, allowing the movement of two trains at any one time - only recommended if concentration is guaranteed!

Tim's creation not only rekindles memories of old, but re-invents history, mingling it with fiction to create a more viewer-friendly operation. At 2.5m in length, the layout offers plenty of operation without looking over-crowded. The narrow gauge tramway is an added bonus and a useful distraction during quiet periods.