Carl has had an interest in model railways from a young age, starting off with a clockwork Thomas the Tank engine. He then inherited the stock that had been collected by his dad and brother, which was his starting point in the hobby. As he has grown up with the current period, he finds he can relate to it. The bright, colourful liveries that are being used on today’s railway help attract the attention of the passer-by. 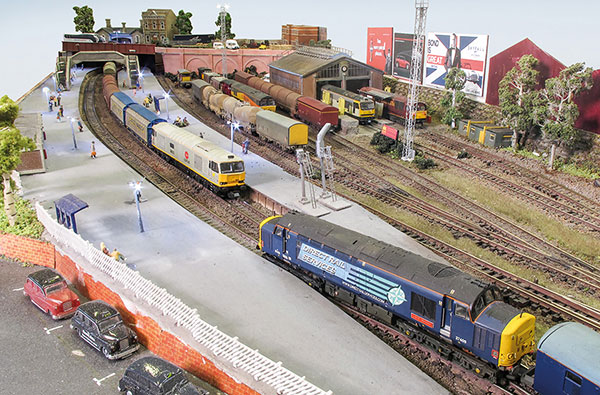 Direct Rail Services 37409 Lord Hinton in 'Compass' livery passes Corus-liveried 60033 Tees Steel Express with a loaded steel train. The flexibility in time period allows a greater variety of locomotives and liveries to operate side-by-side such as 58s and 66s as seen behind on shed.

The layout started off as a winter project with his friend, Elliot Brookes, because when they were working on his OO Gauge in his garage it was too cold. The specification of the layout was to build something small enough that could fit into his bedroom. It wasn’t until they had started work on the layout and showed some photographs to the exhibition manager of the Alsager Club that they got invited to the Alsager Exhibition.

The idea of having a locomotive shed on the layout came from Hartshill Bank, the marshalling yard was inspired by Shaweport and Imperial Yard. Originally, the layout was built as an end-to-end station which was inspired by Buxton and Oulton TMD. Having been to several exhibitions and seen layouts built by the likes of Stephen Farmer, Pete Latham, John Cox, Allan Cromarty and the late Fred Johnson and Mick Tooth, Carl noticed that each of their layouts had different aspects. 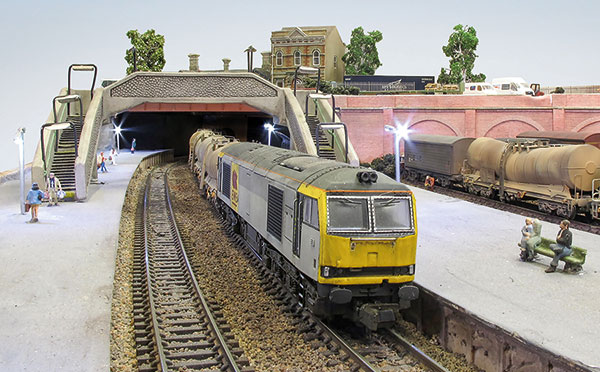 A lightly-weathered Class 60 still in its sectorisation livery, albeit with EWS vinyl overlay hauls a rake of heavily-weathered silver bullet tank wagons through the station. The Graham Farish 42-023 ready-to-plant footbridge behind is a prime example of a great time-saving way to add structures to your layout.

From train set to permanent layout

Carl would strongly recommend joining a local model railway club, because when you come across issues as you’re building your own model railway there is the likelihood that someone else has already encountered the same problem and resolved it. He suggests not fixing a layout to a wall and to make it portable. This not only allows for flexibility whilst you’re building it, but also means that you can take it out and let others see what can be achieved and inspire newer modellers.

When the layout was originally designed and built, the locomotive shed was at the front. Having thought about it and re-planned the layout, they reversed the trackplan. This now meant the platform was at the front and the locomotive shed was at the back. The layout was built as a terminus station with a dual use track for the platform and yard access. They exhibited the layout in this form for a few years but then after attending an exhibition at Warley Woods they decided to modify the layout. When the layout was built, the scenic board was a single piece measuring 5ft 6in. This presented a couple of issues, including transportation. The modifications they made cut the layout in half to make the layout easier to move and transport. They also added boards to both ends and to the rear to allow the layout to become a continuous oval. 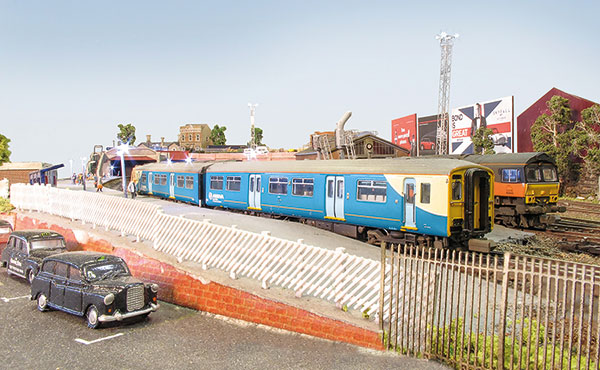 When designing and building a layout, always consider how you are going to transport it. Also consider board size; Carl wouldn't use a board larger than four feet if he was to be lifting the board on his own. He wouldn't build on a board larger than five feet because the larger the board, the heavier it gets once the scenery is on. He also found that when doing a major modification to a layout it would be easier to rebuild the original track plan on new boards than attempt a major modification to the existing boards. He learnt this when he cut the main scenery board in half. 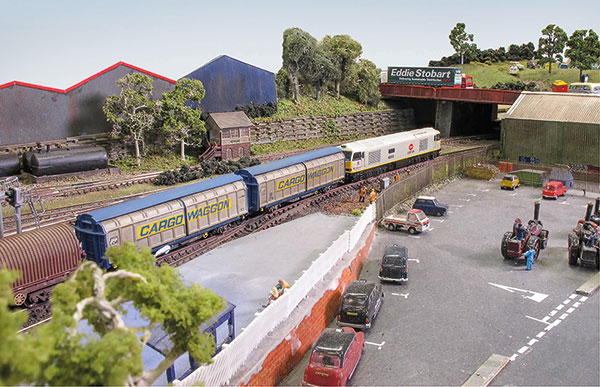 N gauge has seen something of a surge recently with manufacturers such as RevolutioN Trains producing modern wagons. For now, Carl has relied on this pair of Cargowaggon Twins from MiniTrix, though Revolution now produces a pair of its own to a different design diagram.

Carl finds that he tends to operate the yard area on the layout because he enjoys the shunting aspect of the layout. He quite enjoys shunting the layout and creating challenges for the next operator to sort out. The yard and depot area of the layout can be operated as an independent layout, but can send and receive trains from the mainline.

Generally, the team doesn't have many issues with the rolling stock they use on the layout. Whenever Carl gets a new locomotive he makes sure that it is oiled and run for 30 minutes in each direction. When they run the layout at an exhibition, they test every train as they put it onto the layout. If there are issues they try little tweaks, such as changing the position of a wagon or coach in a formation, or turning it around. If after three tries there is still a problem, it is removed from the layout. 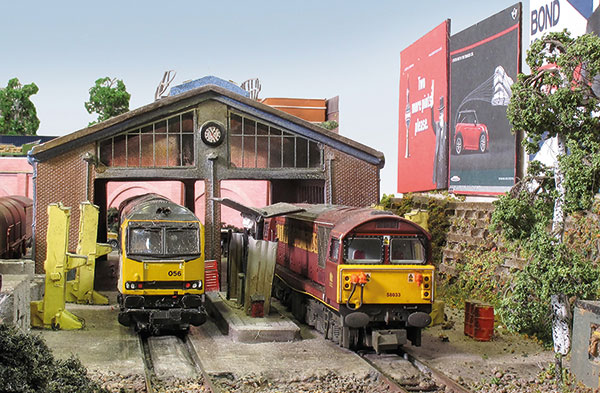 Time for attention. The clock shows five minutes past eleven and with nobody present on shed, the kettle must be boiling. Pictured is 60056 and 58033, ready for refuelling.

If you ask anyone who takes a layout to an exhibition, they will always say that it is never finished. It’s true. There are always little bits and pieces that you add, update or remove from a layout. When you transport the layout there are little bits that fall off. Carl is continually touching up bits of scenery, replacing or repairing old trees and buying new vehicles! 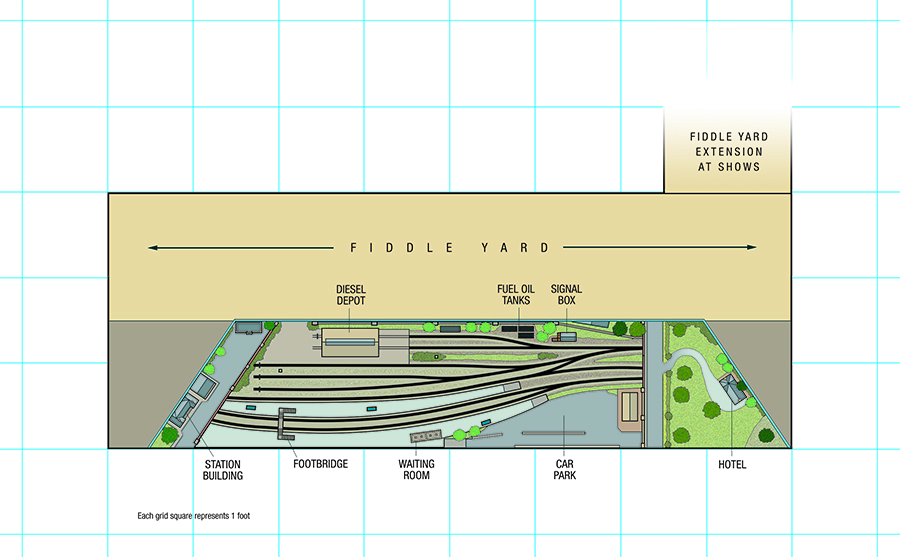